Know Your History: Even the Term “Free Palestine” Was Co-opted From the Jews

These are the words shouted out by Israel haters worldwide, more often than not an expression of their wish for the destruction of the state of Israel.

But did you know the first use of the words “Free Palestine” were for the exact opposite objective? 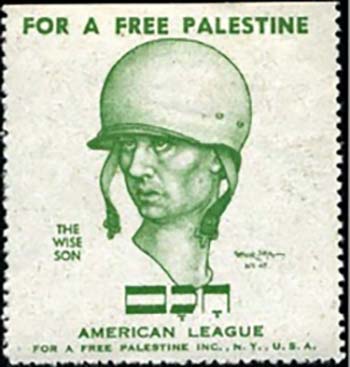 American League for a Free Palestine (ALFP) was created in July 1944, by Peter H Bergson (formerly Hillel Kook), for the purpose of supporting and funding his Hebrew Committee of National Liberation in Palestine. The ALFP attracted Jewish and non-Jewish members from all occupations, but especially those in politics and entertainment. The ALFP’s most notable achievement was the work of award winning playwright and director Ben Hecht, a member of the league. Hecht wrote A Flag is Born to propagandize the cause by comparing the fight for a free Palestine against the British to the American Revolution. With money raised from the production of the play, the league purchased a boat for the aliyah of Holocaust survivors from France. The group dissolved in December 1948 as the goal of the league had been achieved.

They even had a “Palestine Resistance Month”! (but unlike the palestinian Arab notion of this, it involved lobbying, not terrorism).

Do you think the Jews of the time would have named their movement this way had there been a distinguishable group of Arabs identifying as “palestinians”, who had run a state called “Palestine”?