Yesterday I posted how Tyler Goldstein, the Digital Marketing Coordinator for Prager University, had legitimized “comedian” Owen Benjamin’s antisemitism by not only appearing on his YouTube show, but laughing along and agreeing with some of his antisemitic statements, as well as making some ignorant statements about Jews and Judaism himself.

I have still not heard a response from Dennis Prager or anyone from Prager University, but I did notice that Benjamin has quietly changed the video from “Public” to “Unlisted.” 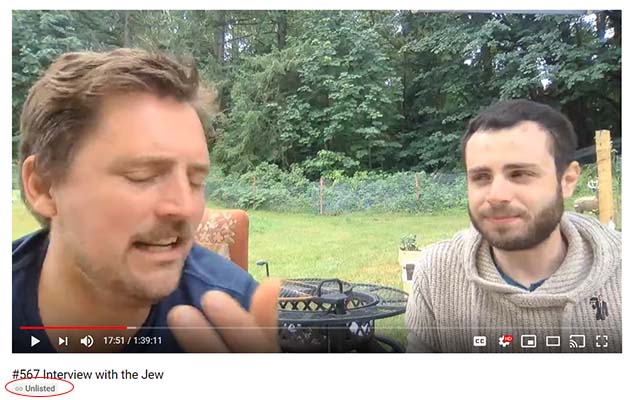 This means while the video was not removed, it is only accessible to those with the link, and does not appear in Benjamin’s YouTube channel list of videos.

I am guessing Goldstein asked Benjamin to remove it following my post, but the latter did not agree, instead offering to “hide” it somewhat. Which would be a coward move from both of them.

I think the following things need to happen: