Israel Hater Richard Silverstein Makes Ass of Himself Again. Must Be a Day Ending in ‘Y’

On Saturday morning, he was quick to “report” about the man killed by police after he threw incendiary devices at an immigration jail in Washington state. 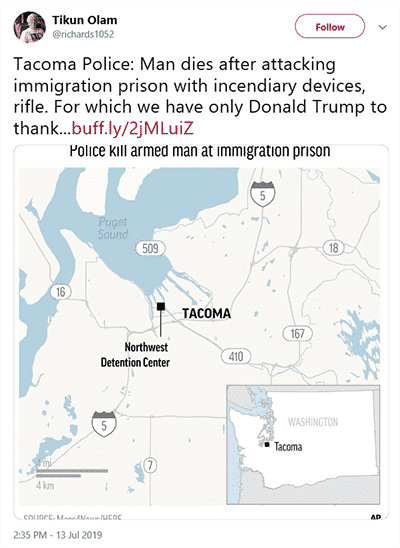 About 4 a.m., 69-year-old Willem Van Spronsen threw “lit objects” at buildings and at cars in a parking lot, police said, causing a vehicle to go up in flames. Court records show the man was arrested last year at a protest at the privately owned detention center, and Immigration and Customs Enforcement called the man an “anti-immigration-enforcement protester.”

leading to this retraction

Remember, Silverstein claims he is a journalist. Leaving aside the fact he never actually studied Journalism or worked officially as a journalist (being invited on to Iranian propaganda outlet Press TV as the token Jew does not count), he seems incapable of getting anything right (as I have extensively documented).

What makes this even funnier is how Silverstein regularly attacks the journalism credentials of others. 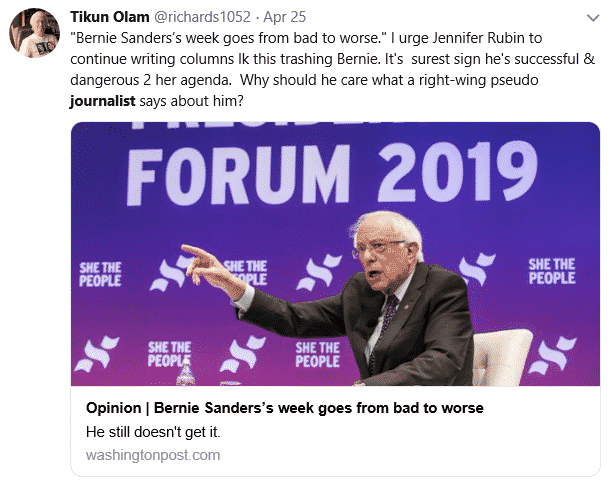 Silverstein should really delete his account and blog. Alas, I would have less material for my blog.