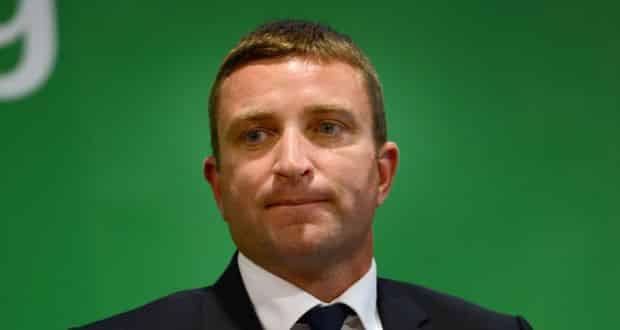 Ever the Israel hater, Niall wrote of his pride in presenting the vile Occupied Territories Bill in the Irish parliament. And for a long time, he has hidden behind the pretense of being only against Israel’s actions, and pro-peace. For instance:

He added that Ireland’s own peace process bore lessons for Israelis and Palestinians, urging Israel to halt settlement construction “immediately” in order to show “good intent” and not undermine the peace process.

But Niall, like most, if not all, of his fellow Israel haters, is an actual antisemite. Perhaps it was because he felt comfortable among friends, plain arrogance, or he really just slipped – whatever the reason, he messed big time up in a recent interview on how “pro palestinian” voices like his are supposedly silenced.

“I wouldn’t entirely blame the Trump administration either in terms of when we’re apportioning blame to the United States, because right across right across corporate America and right across America I think at every level there’s a huge Jewish lobby who have helped to create the the problem that we’re now discussing.”

Don’t worry, Niall. Your words are going to reach the corners of the Interwebs now!