Not a good look for a diplomat, especially a German one. 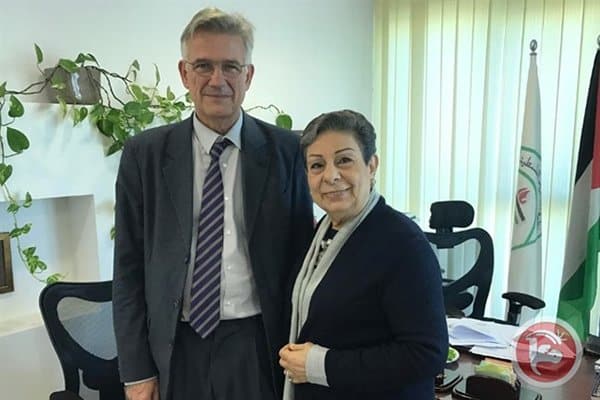 Germany’s Foreign Ministry said Thursday it had opened an investigation after learning that the head of the country’s mission to the Palestinians had “liked” anti-Israel tweets, including one featured on American white-supremacist David Duke’s page.

The comments came after top-selling Bild newspaper reported that the “likes” came from the verified Twitter account of German diplomat Christian Clages, @GerRepRamallah.

The multiple “likes” included one for a video praising an attack by Palestinians on Israeli soldiers, and another for a tweet downplaying rock-throwing by Palestinians, a tactic which has killed several Israelis and wounded many others.

The latter tweet showed photos of Brazilian soccer player Neimar during an exaggerated reaction to a foul, and said “Israeli soldiers when a Palestinian kid throws a rock at their tank.”

Other tweets backed by the German diplomat included one by an activist asking “when will Israel occupy the moon?” –a likely reference to Israel’s Beresheet moon mission — and another claiming that the Jewish state only “respects its own religious holidays.”

Another “like” related to an exchange between Duke and another user about an alleged massacre committed by Jewish pre-state militia fighters in 1948.

A user commented by correcting the term “Jewish” in the tweet to “Zionist.” That comment was “liked” by Clages.

The report said the envoy had described as “required reading” an article that compares the work of the Yad Vashem Holocaust memorial to the history of “totalitarian states.”

“The Foreign Ministry disassociates itself emphatically from the tweets mentioned,” the ministry said in a written statement to The Associated Press. “The content is unacceptable and contradicts the views of the German government.”

It said it has initiated an in-house investigation to determine “how these ‘likes’ came about and will then determine consequences.”

Can’t wait to hear his excuses. Here are my guesses, along with the odds of him using each one:

8-1: I was just following orders

5-1: I though this Duke David guy was a member of the Royal family

3-1: The tweets were anti-Zionist, not antisemitic