There’s Something Shifty about Sitty 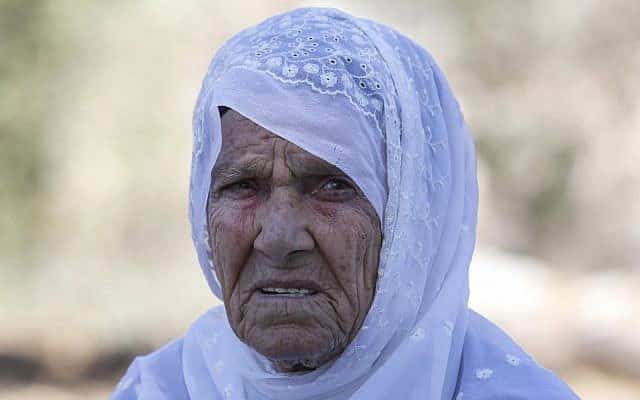 With Rashida Tlaib and her Sitty dominating the news cycle, something seems to have been missed by all and sundry: Like we see with so many palestinian narratives, Sitty’s story keeps changing.

In this video, Sitty is 85-years-old and says she was going to “slaughter a lamb, buy fruits and make sweets” (leave aside for now the fact she speaks as if Israel would not allow her granddaughter to see her, a blatant lie).

In the Reuters version (for a more international audience), Sitty has miraculously aged 5 years, the lamb has also aged in to a sheep, and Sitty mentions preparing Tlaib’s “favorite food” stuffed vine leaves – which she mysteriously did not mention in the previous interview.

Ninety-year-old Muftia Tlaib, sitting in her garden in the village of Beit Ur Al-Fauqa, was not impressed. “Trump tells me I should be happy Rashida is not coming,” she said. “May God ruin him.”

“She was going to slaughter a sheep when Rashida arrived and prepare her favorite food, stuffed vine leaves.

In this interview with Middle East Eye, we still have the older version of Sitty but now her meal plans are more ambitious, and involve fig picking (instead of going to the market to buy them as part of the previously mentioned fruit shopping):

Earlier this week, before the Israeli decision, Muftiya had told Middle East Eye: “I’m going to prepare all the Palestinian food that her heart pleases and we will pick figs off the trees together.”

The inconsistencies do not end there. Even the optics have changed.

When we first met @RashidaTlaib's sity-grandma the tweet featured a happy, vivacious woman in a thriving Arab city. (OOPS! THAT IS NOT THE APARTHEID NARRATIVE!) The second, politically-posed photo, was more "Occupationy" – a broken old woman on an "ancestral" Middle East set. pic.twitter.com/iod9qBS6XV

In other words, Sitty and her story are evolving as the media clamor around to give her a soap box in order to propagandize.

By the way, granddaughter might want to to speak with Sitty about upholding that boycott:

Ms. Tlaib, 43, was born and raised in the United States. In the late 1990s she married a man from her ancestral village, Beit Ur al-Fauqa, according to her uncle, and spent the next 15 months in the picturesque and tiny hamlet near Ramallah.

She last visited over a decade ago, he said. Her grandmother fetched an iPad to show how they kept in touch through video calls, and said she had seen the congresswoman on TV.

Update: Another thought: in the first video, Sitty calls us the “enemy.” You can imagine that Rashida may have picked up Sitty’s “peaceful” approach.