These snakes on a plane are were Hassan Yousef Zabeeb and Yasser Ahmad Daher. 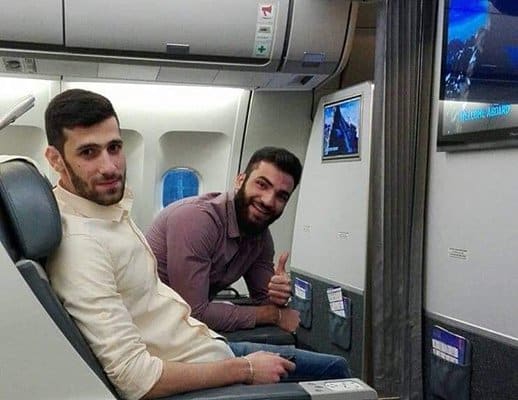 They won’t be flying any more because they are both as dead as dodos.

The Israel Defense Forces on Monday identified two of the people killed in its airstrikes in Syria on Saturday as Lebanese nationals trained to operate attack drones by the Iranian military.

Late Saturday night, the IDF conducted a series of airstrikes in Syria against a group led by Iran’s Islamic Revolutionary Guard Corps, which had been planning to fly kamikaze-style drones carrying explosives into targets in northern Israel.

The Israeli army identified two of those killed as Lebanese nationals Hassan Yousef Zabeeb, 23, from the town of Nabatieh, and Yasser Ahmad Daher, 22, of Blida.

On Sunday night, head of the Hezbollah terror group Hassan Nasrallah said the two men were members of his organization.

The men who were killed spent time in Iran on a number of occasions in recent years. As part of their time in Iran, they went through specific training programs in the Quds Force on operating unmanned aerial vehicles and explosive drones,” the army said in a statement.

The military distributed photographs of the two men traveling together on Iran’s Mahan airline, which Israel and the United States have identified as a major transporter of weaponry and materiel to Hezbollah and other Iranian proxies in Syria and Lebanon.

“The operatives were working in recent weeks in Shiite militias under the command of the Quds Forces to carry out drone attacks against targets in Israel,” the IDF said.

The moral of the story? You can run fly, but you can’t hide.

And as usual: you reap what you sow, and these sows have now met the reaper.