The word drongo is used in Australian English as a form of insult meaning “idiot” or “stupid fellow”.

I guess you could call this guy a dronego.

He had customised his weapon to carry plastic explosive and planned to detonate it by troops based in the city.

But his plan backfired because he had forgotten to sufficiently charge the device.

Civilian drones — as weaponised by ISIS — automatically ‘boomerang’ back to their point of launch when they start to run out of power.

They are programmed to return to prevent owners losing their machines.

UK troops — including the SAS — are training Iraqi soldiers as part of Operation Shader and are plagued by drone attacks.

A security source said: “We receive intelligence from locals about enemy activity and tactics. 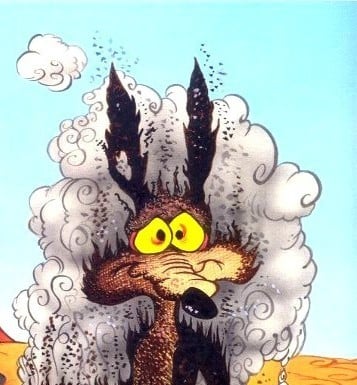 This may or may not have been the ISIS idiot

“We learned this idiot had wired up his drone with explosives but was killed when it’s batteries ran low and it flew home.

“With a weak signal for some reason it detonated over his head.

“This caused quite a laugh for us but the drone threat is very real. The fighter killed himself last year due to his own ineptitude, but is still keeping moral high today.”