When you think schools in Gaza, this is likely the kind of image you may have in your mind (at least if you take your lead from the palestinian propaganda outlets and their willing accomplices in the mainstream media): 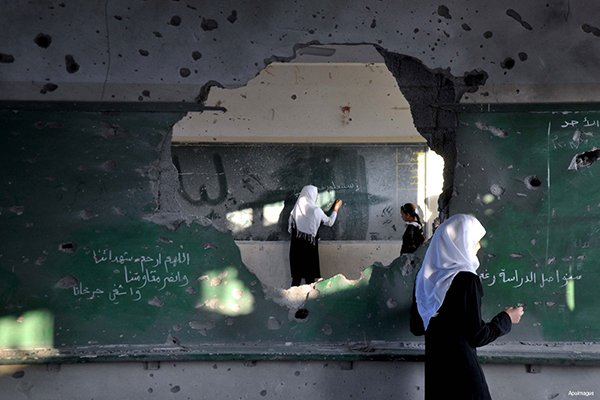 Those of you with a good memory may even think of this:

Here's something new: photos of the weapons Hamas hid in an UNRWA school. From page 85 of Israeli gov's Gaza report. pic.twitter.com/o88plSxg2y

But this next video, taken by some popular Gazan Youtubers, shows you a different take on the school in Gaza – the (private) al Nasr Model Islamic School.

Things to look out for in this video:

Of course, not everyone in Gaza lives like this; then again, neither do most people in Israel! But the fact remains, people are simply not being exposed to this reality of Gaza anywhere in the news, and honestly believe it is an open-air prison/concentration camp, which is simply not true.

Thanks to Imshin for this find. If you want to see more of “Concentration Camp” Gaza, be sure to follow her on Twitter.