Israeli-Arab political and social activist Ali Adi wants everyone to know why he is a proud Israeli. 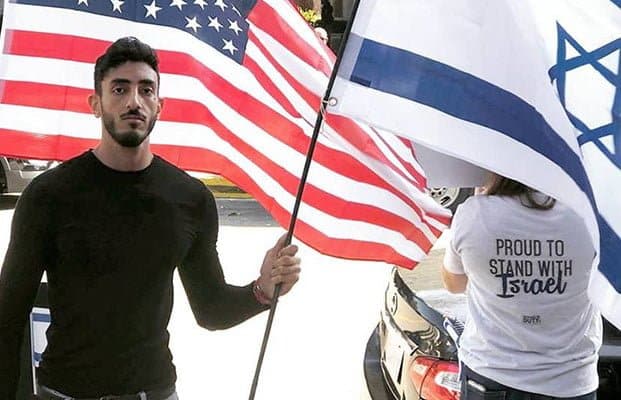 Television host Yaron London’s comments about Arab culture [earlier this week, the TV veteran referred to Arabs as “wild men” and called Arab culture “a failure”] spoke to a truth with which we are all familiar. It’s not just me saying it – Arabs say it all the time, all over the world. If you ask any one of them during a casual conversation, even the biggest hater of Israel will tell you honestly that they prefer a conflict with Jews to a conflict with other Arabs, which would naturally result in brutal, unchecked bloodshed. The Arab citizens of Israel will admit that they prefer the Israeli government to an Arab one, even if from their comfortable positions at Israeli universities they prefer to call it “the occupation.”

I’m not thrilled to agree with London – if only I could tear down his remarks. If only I could feel pride in and a connection to Arab culture without any hesitation. My “Arabness,” the language, the music, and the tradition, are an inseparable part of my identity, and I would like to be proud of and feel connected to them.

But I, and I’m saying this carefully, feel shame. The Arab world, starting with its governments that are tainted by corruption and tribal alliances and including the man in the street, who exists on a basis of ignorance and violence, does not attempt to keep any of this a secret. Anyone with eyes in their head can point out these flaws, which should be addressed by a fundamental reform in thinking.

So I embrace my Israeli identity: I am an Israeli Arab because it’s important to me to distinguish myself from the wider Arab culture. It’s important to me to turn my back on what is happening in Syria and what happened in Lebanon and the story of Egypt’s tragic fall. Because when I’m Israeli – I can feel proud sometimes.

Ali clearly has his head screwed on the right way.