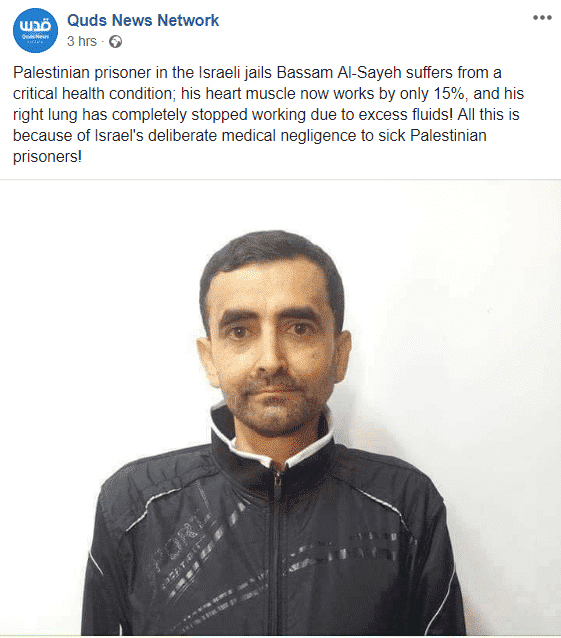 But before you shed any tears, here is what they have not told you.

Bassam Al-Sayeh is a murderer

Bassam Al-Sayeh is a vicious terrorist who was involved in the murder of Rabbi Eitam Henkin and Naama Henkin. 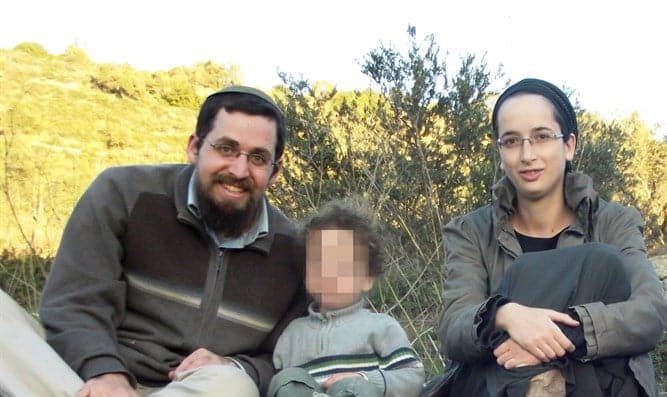 The terrorists targeted their vehicle, with 4 of their young children (a 9-month-old baby, and four-year-old, seven-year-old and nine-year-old boys) sitting in the back.

Bassam Al-Sayeh has endangered his own health

Cancer-stricken Palestinian detainee Bassam al-Sayeh has been refusing to take medicine for eight days running in protest at the arbitrary and exhausting inter-prison transfers carried out by the Israeli prison authorities, his wife said.

Palestinian prisoner Bassam Ameen al-Sayeh, 43, from the occupied West Bank city of Nablus is in serious health condition and “may die at any moment,” the Palestinian Minister of Prisoner Affairs said Saturday.