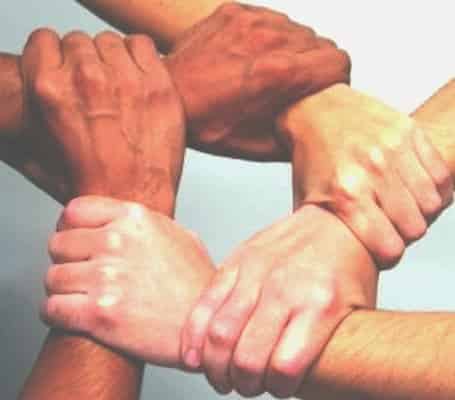 I’ve written about this before… People with cancer are, for some reason inexplicable to me, tragedy magnets. “Oh! You have cancer???? Well listen to this, my (insert relation) had/ has/died of cancer! Tsk, tsk, such a dreadful disease… The whole world has cancer. It’s an epidemic.” Over the last year and a half, that I’ve been in on this Cancer Club, I’ve entered a whole new realm and developed not only a new circle of friends but a new authority. Cancer is a part of me that I’m learning to live with, in spite of and I’ll go as far a to say, in face of.

I don’t know if cancer is an epidemic. It seems like it’s everywhere. Especially breast cancer. Am I just getting older or does every other woman have breast cancer or had it or might have it, and if not, their mother, grandmother, sister, cousin, or aunt had/ has it. Why? Was it always this way or is this something new? It’s the cellphones or the pollution, obesity, fast food, chemicals, radiation…. Who knows? It doesn’t matter.
Recently, I participated in a women’s retreat with an organization that supports people with cancer. For three days and two nights, I disconnected from my life and connected with 80 women who either had or have cancer. We came from Bet Shemesh, Jerusalem, Bnai Brak, Betar, and even Beer Sheva. These are places all over Israel however most of the participants were Ultra Orthodox along with a sprinkling of traditional or non observant Israeli citizens. What a mix. When I first arrived, I admit, I was a wee bit nervous. Who would I share a room with let alone common ground for more than small talk? The workshops were deep and intense. We had music and movement, talks, and even some comedy. A few hours into the retreat, I found myself being hugged and hugging back. The older woman in the dark clothing and the wig from a long line of Chassidic ancestry became enthralled in my words of hope and faith and opened herself to share her story. The worried immigrant from Ethiopia was my roommate and we laughed together in our pajamas and later she cried in my arms. I danced with the widow who lost her only son until both our cheeks were so wet with sweat and tears…..  I found myself completely lost and absorbed in the storytelling of a seemingly needy and elderly woman I’d tried to avoid, worried she’d talk my ear off and even exchanging phone numbers and hoping to stay in touch. Beyond the layers of clothing, and the accents, and the cancer, we are “just” women. Daughters. Sisters. Mothers. Wives.
In three days I met people that I hope to see again. Women with souls. Did the cancer DO that to them? Did cancer make us different? There’s no denying that this life threatening illness has changed me forever but what I experienced with 80 strangers was love and sisterhood and what it gave me was strength and hope. Cancer brought us all together but it soon left the building. We were just women. We were just sharing and caring and giving to each other. 80 strangers.
Perhaps I do live in a bubble and Cancer has forced me into places and situations I never would have had the chance to go. The world is divided. We live with nuclear threat. In Israel, we live in close proximity of our enemies, who seek our destruction. We live in sheltered communities separated from different cultures and religious sects… And there is a lot of fear and animosity towards those who think differently, dress differently, pray differently. We are divided and we have no common ground, no place to meet. Maybe no desire to do so. The contrast was overwhelming for me! Is God Himself providing the reason and the venue? Is cancer a common denominator? Who am I to say? Cancer is, by far, the fairest equal opportunity provider. That’s a fact.
The retreat was CPR for my soul. One of the greatest gifts that I brought home with me was a completely new view of all of humanity….. Yes only 80 women gave that to me. Beneath the sad eyes of a stranger, under the seemingly unfriendly gaze of another person is someone just like you. As soon as we began to share stories and meals, everything else was history. I believe that we are supposed to live together, interact, share… It’s the only way to bring peace into our homes, our communities, our world. Something so simple and yet so magical. That’s what I decided to bring home with me to my family. Hopefully it is contagious. I think it is.