The New York Times has just published a terribly biased piece about a planned cable car network connecting the Old City. Among the charges of the author:

The cable-car project is an example, illustrating how Israel wields architecture and urban planning to extend its authority in the occupied territories. Whatever its transit merits, which critics say are negligible, the cable car curates a specifically Jewish narrative of Jerusalem, furthering Israeli claims over Arab parts of the city.

Yet there was a time when the New York Times did not publish such ridiculous allegations following Jewish initiatives to improve the infrastructure of Jerusalem for the benefit of all inhabitants as we are now – like in 1919 when the Zionists planned to construct a drainage system in Jerusalem’s old city. 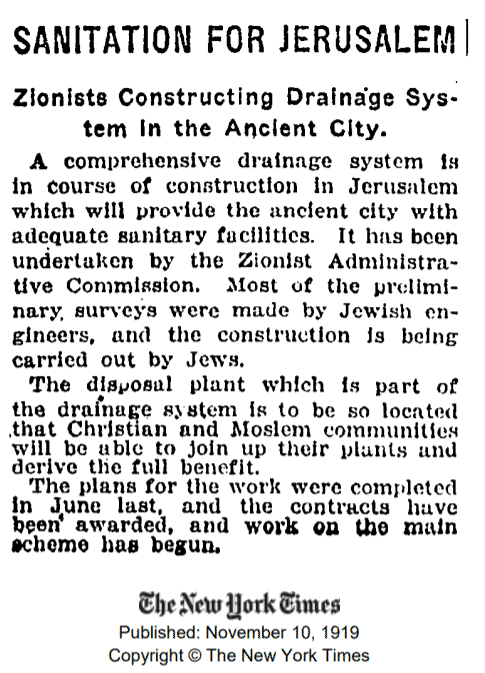 Oh how the New York Times has fallen, finding itself nowadays in the sewer.