Home Ahava The Writings of Ahava Emunah Lange: I’d Like to Think? Or Thank? 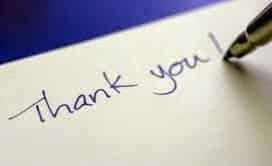 When I was first diagnosed, had my huge surgery, was declared NED (no evidence of disease), and began chemotherapy in September, 2012, it was different. I had love, and faith, and hope and I was also euphoric. I thought I’d beat every odd. I thought I’d already kicked cancer. Some people worried that I would eventually hit a low point and crash. I did. It really hit me around the middle of treatment after my blood cell counts were too low, I’d missed two treatments, there was a nursing strike and a grouchy nurse’s poor reaction sent me into a raging tailspin. I remember the details of it all like yesterday but it’s also like a part of a hazy dream; or nightmare.

I’d like to think I’m here for a reason. Alone in my thoughts, especially in the middle of the night,  everything gets rehashed. In 2014, with social media, Facebook, Twitter the internet, we’re all THAT much closer and instantaneous.  I know what you’re thinking as soon as you comment or click the Like button. Even while doing or saying what we think is right, none of us knows for sure. A heartfelt comment and a shared link translates differently for each individual. A misplaced Like; a disaster.

I’d like to think that I’ve learned so much from what I’ve experienced. I’d like to think I’ve grown over this period of a year and nine months and that my emotional and spiritual IQs have gained a few points. Some nights I can’t sleep so I toss and turn, grinding my teeth and eating my heart with worry. What did I miss? What did I overlook? Many times it’s worry over not acknowledging or personally thanking each person in my life who is here, who has shown me kindness. I receive so much. Some of them wish to remain completely anonymous and I cannot publicly thank them. Ever.

As I thought this through and became entangled in thinking and thanking, for the first time, I realized that the only difference between thinking and thanking is the “i” or the “a”. One letter. It’s so easy to overlook one tiny detail and have that be the absolute end of everything. Cancer is also like that. One tiny cell can be the beginning or the end. It’s that easy and dangerous to miss one tiny thing. I’m living a life that’s open ended and unknown, and that’s my unveiled truth because I have cancer but perhaps it awakens somebody because they don’t have this cancer, this constant reminder. Maybe you do or you will or maybe never. I hope it’s never. But maybe I can help remind you of that, of how precious each moment really is and that’s why I’m here? I don’t know but I’d like to think my suffering has a purpose.

Most of my friends are so humble, I may never get the opportunity to even know who to thank for certain things. To my friends and community who organize and host tehilim reading (reading of psalms) for me every Friday night, thank you! Thank you to the founders of Tehilim groups and a Shmirat Lashon group (guarding the tongue from gossip) that are organized and filled with people who both know me and never met me. Thank you for the hafrashat challah and prayer evening that filled a house from end to end with women. Thank you for sharing my story via Facebook and other social media, creating a network of prayer around the world. I missed running in the Jerusalem Marathon this year and many people ran in my honor, with my recovery in mind. I want to thank one of my best friends, who does so much for me and my family, and her son, for raising money for Tishkofet as a Bar Mitzvah project. Tishkofet honored me by allowing me to be Team Leader again, this year, for the Jerusalem Marathon! Another dear friend and her son led the way with a huge teal banner with my name in pink letters!  Yet another friend completed her first marathon and carried a #happylanche sign for me!  I received a 10K medal and a Marathon Completion medal from two great guys.  Just one week ago, my friends organized and hosted a shiur (lecture) given in name of praying for my full recovery, which I sorrily missed.  Friends and neighbors keep us in their thoughts and prayers every single day and there’s a constant flow of caring and loving messages and gestures. Friends and acquaintances send us meals, flowers, gifts. Gifts I don’t deserve. I admit, all of the attention, prayers, love, and care reminds me of how blessed I am and I’ve been able to shift gears and keep on going even at my lowest low. So, I’ll try not to think about it too much… but I never want to forget about the thanking. Thank you so much to each and every person in my life for being here in every way that you are!