The Week of The Jew (It Down)

Remember the Michael Jackson song “They Don’t Care About Us,” which contained the lyrics “Jew me, sue me, everybody do me/ Kick me, kike me, don’t you black or white me”?

His namesake, a Paterson councilman, seems to have taken those lyrics on board a bit too literally: 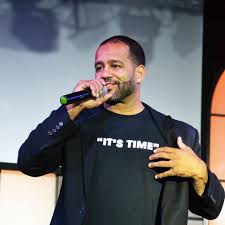 Municipal officials rebuked councilman Michael Jackson on Tuesday night for making an anti-Semitic remark at a public meeting. He used the phrase “Jew us down” when referring to developers who attempt to purchase cheap land or extract development concessions from the city.

Jackson’s remark came amidst a heated discussion over the renovation of Hinchliffe Stadium. He argued economic development director Michael Powell was allowing the developers, who will get $50 million in state tax credits for the project and a long-term tax abatement agreement, to take advantage of the city.

As he made his argument, Jackson argued Powell wanted to sell the Paterson Armory for $1.5 million, half the true value of the site. He then said the developer, who ultimately purchased the site for $3 million, properly valued the city, suggesting the developers for Hinchliffe Stadium were not correctly “valuing our city.”

Jackson conjured up a conversation between himself and the developer willing to correctly value the city.

“I said, ‘Mr. Developer, I respect you, I appreciate you for valuing our city, for offering the best price possible and not trying to go backwards to Jew us down,’” said Jackson.

“I think it’s reprehensible and there’s no room in the council chamber for what you said,” said McKoy to Jackson.

Jackson’s colleagues roundly condemned him for the remark.

There is a nice part to this story, though.

First council member to condemn the remark was Al Abdelaziz. 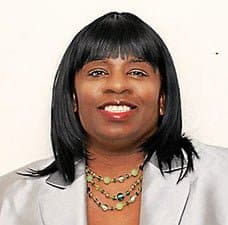 Trenton City Councilwoman Robin Vaughn is defending a colleague’s “Jew her down” comment, calling “Jew down” a verb and suggesting that the term isn’t “anti-anything.”

“We really need to get a more acute meaning and understanding of ‘anti-Semitic.’  I believe her comment ‘Jew down’ was more in reference to negotiating, not ‘I hate Jews,’” Vaughn said.  “Inappropriate in today’s PC culture absolutely, but to Jew someone down is a verb and is not anti-anything or indicative of hating Jewish people.”

Vaughn said she didn’t recall Council President Kathy McBride saying during a closed-door discussion of the settlement of a lawsuit filed by resident Vivian Soto that Assistant City Attorney Peter Cohen “able to wait her out and Jew her down” to settle the case at a lower amount during an executive session of the City Council on September 5.

But Vaughn appears to contradict her own statement, saying that McBride was not talking about a specific person but rather discussing the “settlement of a low-dollar amount.”

There is definitely something in the air this week.

True fact: this is how the online dictionary of the Association of British Scrabble Players defines "jew" and "jews" https://t.co/pgRywZW8nT https://t.co/dxXPOJG0Sx pic.twitter.com/YLSZKuZCtz