To Transfer or Not To Transfer? That is the Question 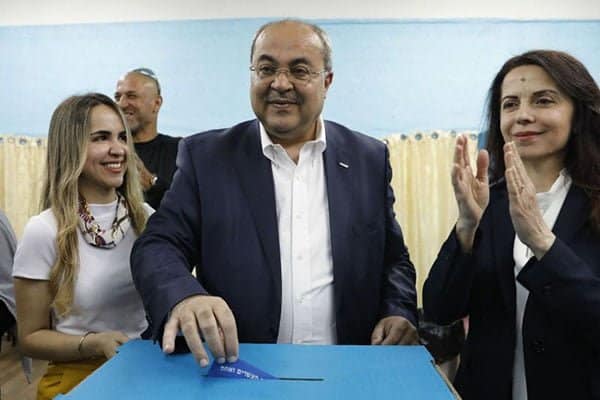 There is a common misconception that the region from the Jordan River to the Mediterranean Sea is the ancestral homeland of the Palestinian People (which includes Israeli Arabs).

The historical reality, which was very well-known before the agenda-driven revisionists and Russian-backed propagandists that started popping up around the 1960’s and 70’s, is much more complicated.

It’s certainly not black and white. Yes, many Palestinians have lived in the territory for generations, but visitors from outside from the 12th through the 19th century who have toured and scouted the region unanimously wrote that the land was a barren desert. There were so few Arabs that you had to travel many miles to see even one, and most were nomadic Bedouin.

This was so widely known before the 1960’s, that my grandparents and great grandparents recalled being told to “go back to Palestine!” before the founding of the state of Israel. Everybody knew that Israel – then called “Palestine” as a holdover from the Romans who changed its name to that of the enemies of the Jews, the Philistines, to spite us – was the ancestral homeland of the Jewish People. It wasn’t even disputed.

Yet in the last 50 years or so, we have become the enemy of all that postmodern society holds dear, the oppressor. This came with the zeitgeist of post-colonialism, the civil rights movement, and growing Marxism, notions from which have trickled down from the radical activist community to even mainstream centrist discourse. Suddenly, the narrative was twisted to suit these oversimplified frameworks. Suddenly, a 3800-year history of Jews continuously in Israel was glossed over or erased and we only “colonized” the land from the first Aliyah onward. Suddenly, we were the colonisers, when before then everyone knew about the Arab conquest, which was strategically forgotten.

In the thick of the postcolonial zeitgeist, the civil rights movement reached an apex. Marxist conflict theory made it about black vs. white. And since most Jews outside of Israel are white-passing, we were clumped into the “White” category despite being slaughtered by white people for thousands of years for not being white. We were suddenly equated to the South African whites who instituted apartheid, and the American whites who instituted slavery and segregation. And the label of “colonizer” that was tacked onto us didn’t help.

Since 1967, Israel was recognized as having the upper hand, and therefore in the wrong according to Marxism. Opportunistic Arabs often milk, exaggerate, and inflate the small percentage of their brethren who can trace back many generations, when we all know 80+% of Israeli Arabs and Palestinians alive today are descended from people who came during the late Ottoman period to follow the riches and farming techniques that the Jews brought after the first Aliyah. Or at least, we used to know before our history was censored, erased and rewritten. In addition to the 80% of Israeli Arabs who were descended from recent immigrants – as recent as two years before Israel’s independence – a large chunk of Palestinian Arabs who live in Judea and Samaria were Jordanian and never fled and were never expelled in the War of Independence, since Jordan was never part of Israel, and Judea and Samaria were part of Jordan until they lost it in a war they precipitated.

Needless to say, the Arabs have been opportunistic in the face of this perfect storm of “it’s not what it looks like,” stemming from the fact that we (re)settled Israel in droves in the last century and a half, that outside of Israel we are 80% Ashkenazi and more likely to be white-passing, and that we have accomplished impressive military feats that shattered the image of the poor, oppressed, wandering Jew.

The above makes it so easy for the enemies of the US and all it stands for, to paint us, a US ally that many people saw as an easy target, with that negative brush, as a way of shaming the US for supporting us and chipping away at America’s good name, bit by bit, by association. Unfortunately, the losers in this battle, caught in the crossfire of a global cultural war, were us, the Israelis. The Arabs are merely riding that wave and injecting twisted, made up stories, and hyperbole as “proof” and confirmation bias of what has been floating around the global human rights community for decades.

However, as much as they milk it, and as much as some may lie about their history here, as much as many support terror and lifetime salaries for terrorists, as much as many of them want all of us dead and would support any movement bent on making that happen (eg. Hamas), that doesn’t make it acceptable to kick people out of their homes that they’ve been living in for several generations. As much as the smug attitude of many of them makes me want to smack them at times, it’s the wrong thing to do. That’s why I wouldn’t advocate “resettlement.” As much as I wish it were possible without causing serious ethical and human rights violations, it’s not. And we need to just accept it.

Them kicking us out of our homes in Egypt, Jordan, and all over the rest of the Middle East doesn’t justify us doing the same to them. Two wrongs don’t make a right.

That being said, I do think it is a great idea to offer financial incentives for Arabs to move to Jordan or Egypt (If they prefer to live among their own people), because that might help our security situation and demographic problem, but just plain “resettling,” which, let’s be real, is code for ethnic cleansing, can’t work by itself. It just can’t. At best it will make us global pariahs and harm a lot of innocent Arabs who did nothing wrong and who are loyal and productive citizens of Israel, even if they feel they have to be so in secret to avoid ostracism and retribution. At worst, it will cause WWIII, with dozens of countries attacking us, not because they ever actually care about Palestinians (they don’t), but to distract their people from their own wrongdoings, internal scuffles, and failures and unite under a common enemy.

The solution is to build bridges and befriend Arabs as people. Small things – smile at them when you sit next to them on the bus, strike up a conversation that has nothing to do with politics with your Arab colleague at work. Slowly but surely, this may chip away at the propaganda they’ve been fed of Jews as the enemy. The more loyal citizens of Israel there are among them, the less likely they are to cause problems. And besides, the vast majority of terror attacks – over 95% since the Oslo Accords led to the founding of the Palestinian Authority – have been committed by Palestinian Arabs who live over the green line and were brainwashed to hate Jews from birth to suit a political agenda, and have the incentive of lifelong salaries for them and their children, let alone the glory of having things named after them all over the Palestinian Territories. Yes, of course there is a fifth column in Israel, and in some cases, Israeli Arabs wish they could do what their Palestinian Arab brethren do but the stakes are simply too high, but they are the minority.

Instead of transfer, we need financial incentives to leave for the disloyal but apathetic to leave, initiatives to boost the loyalty of those who enjoy living in Israel and want to be part of broader Israeli society. There will always be those who are disloyal and stay for ideological reasons, where no amount of money would make them want to leave, and they will remain a force to be reckoned with. But they will always be the minority, or at least, a slight majority we can keep in check. The alternative will only cause the Arab Israelis who are loyal to Israel to lose that loyalty, which would only cause more internal strife within Israeli society.

In the end, in the event of a transfer, nobody wins.