He might have played Lex Luthor in Batman vs Superman, but actor Jesse Eisenberg seems like a good guy in real life. He recently spoke on The Open Ears Project podcast about how a trip to visit family in Poland made him realize how removed he had been from the experience of the Holocaust, and how that sense of guilt inspired him to write The Revisionist, his play about a cousin who’d survived the the Holocaust.

I respect the fact he has used his fame to speak about this and even develop a play about it.

Unfortunately, I see that the vile Vanessa Redgrave starred in the The Revisionist’s world premiere in New York in 2013. On the other hand… 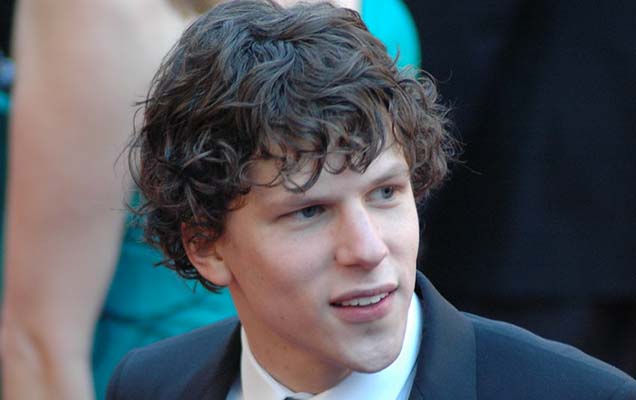 Jesse Eisenberg, the Oscar-nominated actor for The Social Network who has been cast as DC Comics’ iconic villain in Batman vs. Superman: Dawn of Justice, made an appearance at Tel Aviv’s Beit Lessin Theater on Thursday night local time, where a Hebrew adaptation of his 2013 off-Broadway play The Revisionist premiered.

Speaking at a Q&A session held at the end of the play, Eisenberg told the audience and members of the press that he did not hesitate at all before boarding a plane to Israel earlier in the week — just shy of the U.S. Federal Aviation Administration’s imposed security prohibition to fly to Israel, a ban that has since been lifted. Eisenberg’s comments were met with applause.

“If there was any sign that I would be endangered somehow, I would have hesitated to come, but that wasn’t the case,” said Eisenberg. “Israel is a wonderful country, and it is an unfortunate time, of course, for people living here, but for me this has been a very good week.”

Eisenberg further explained that while this might not have been the best time for his first-ever trip to the country, his visit these past few days included trips to such places as Jerusalem and the northern cities of Acre and Haifa. He said he was accompanied by an Israeli friend named Tal. He added that he hopes to visit the war-ridden southern area of Israel on his next visit.