Remember the Muslim protester known as Islamic Rage Boy – or as I preferred to call him: Zipper Boy or Purple Helmet Guy (think frank’n’beans) who achieved worldwide fame in memes? 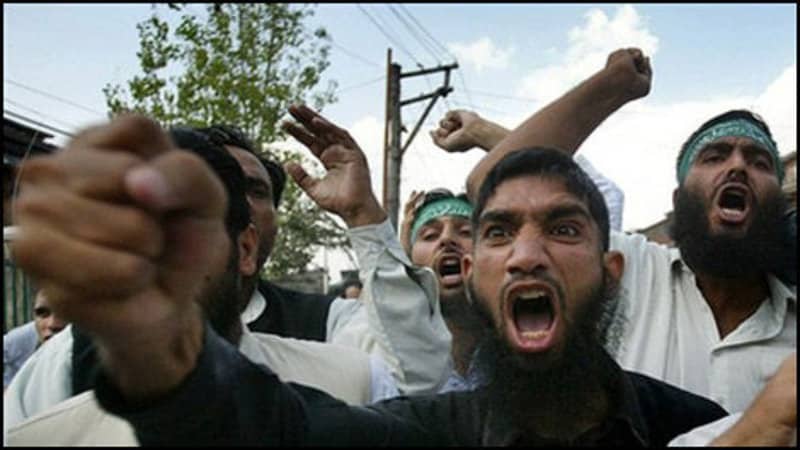 A number of antisemites have claimed that he is – wait for it – a Rabbi who works for the Mossad! 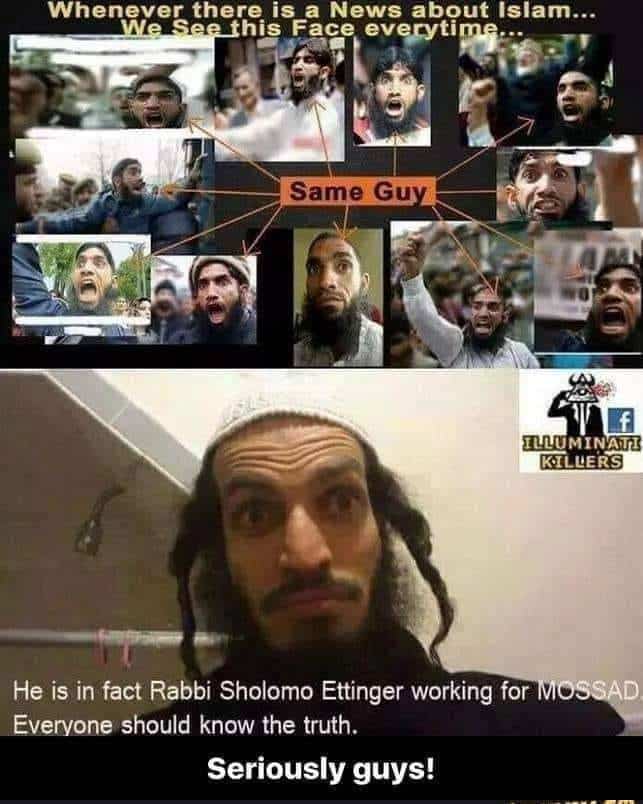 While there is a bit of a resemblance between the two, they are not the same guy.

Rabbi Shlomo Ettlinger (yes, the antisemites spelled his first and last names wrong) is an ordained rabbi who provides tax and financial planning services as owner of the Planalyst, Inc., in Monsey, New York, and “is passionate about music and plays the guitar in his spare time.”

While that makes him rather versatile, he is not that versatile.