Latest Libel: The Elderly Palestinian Who Resisted a “Settler” Attack

A number of palestinians and haters have been posting this photo of a palestinian Arab confronting a “Jewish settler”, with the claim that it was the “settler” and his compatriots who attacked palestinians. 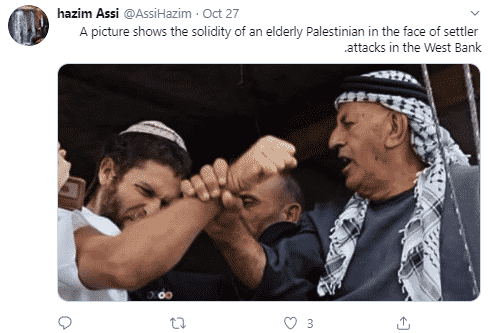 Naturally, it is an outright lie: a group of palestinians and ‘activists’ initiated the confrontation, aggressively going over to the Jewish residents and telling them to leave the land.

In fact, the “elderly palestinian”, Khalid Mansour, a BDS-hole and leader “of the Popular Resistance”, admitted as much in a Facebook post: 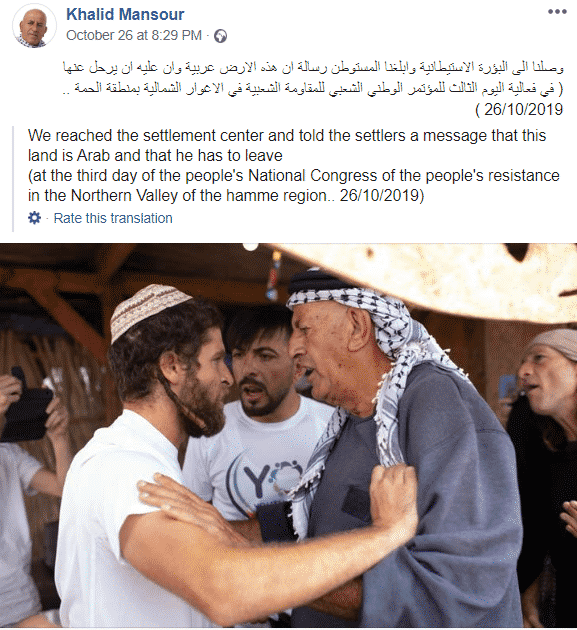 This is clearly not a person against the use of violence 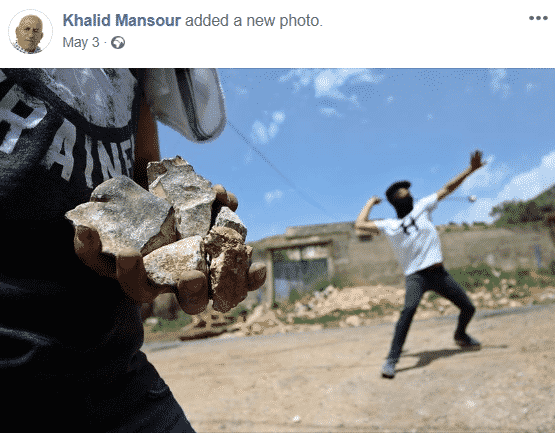 But don’t think that Mansour and his friends are just against Jews in Judea and Samaria (what haters and ignoramuses refer to as the “occupied territories”). Their goal is to make the entire land of Israel judenrein. 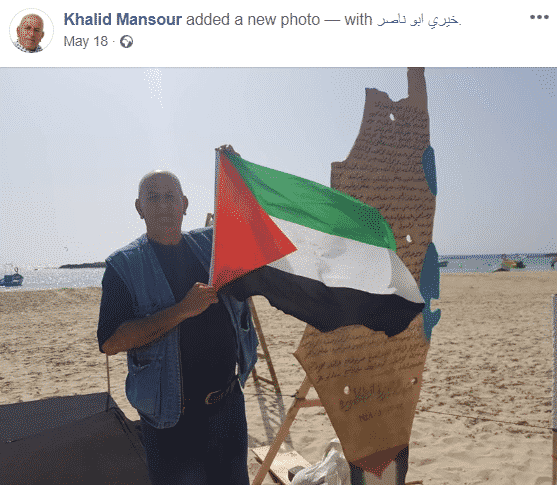 And don’t think this is because of a mere territory dispute. Real hatred of Jews is behind it. 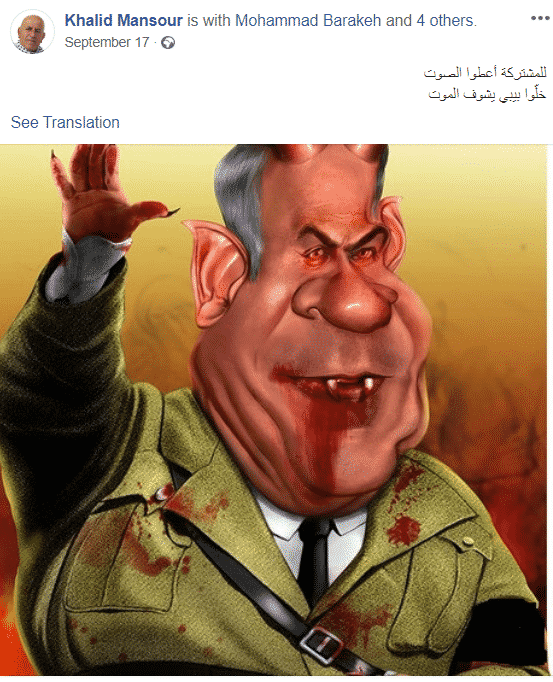 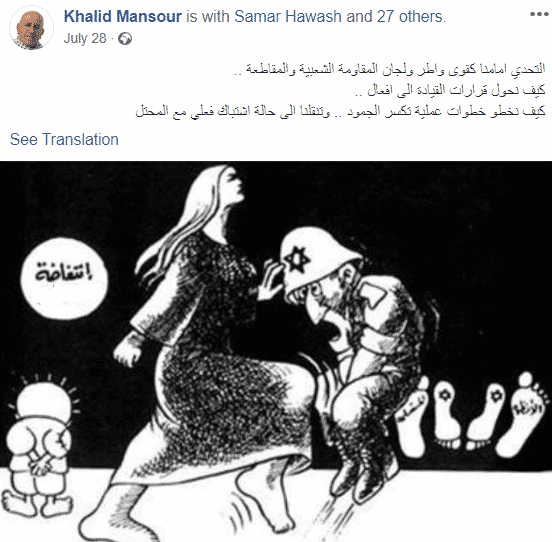 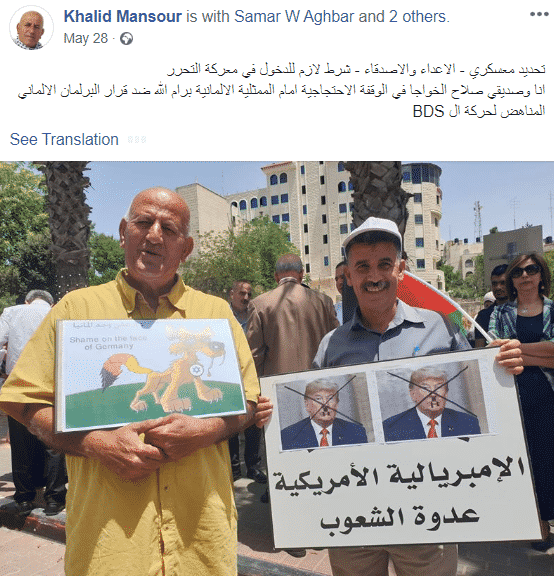 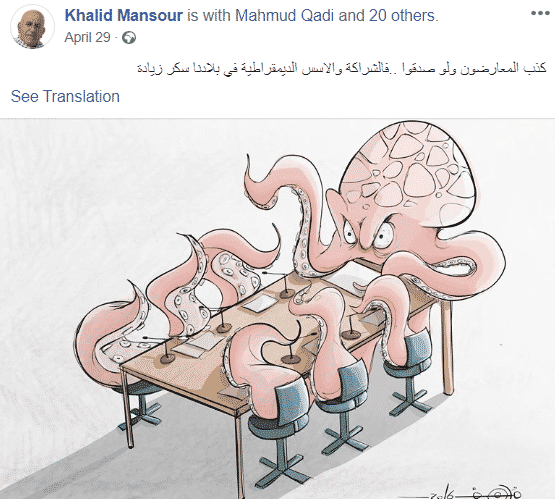