Amir Hamoui Boukria is an Israel hater who claims to work at EU Interpreters.

I say “claims” because his command of languages does not seem to be all that.

Oh, and he seems to have quite the vivid imagination, judging by this: a fake BBC news report claiming Israeli Prime Minister Binyamin Netanyahu met with him to discuss the situation in Gaza – along with a fake Getty photo! 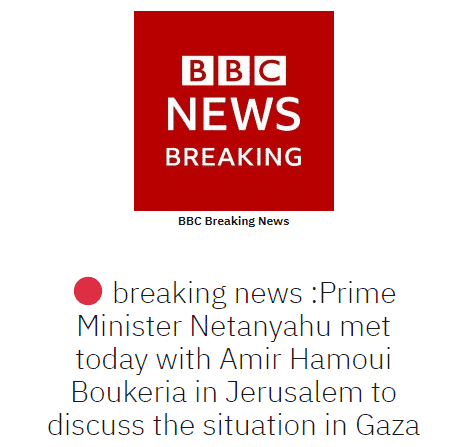 The “High National Authority” for the marches of return and break the siege, on Friday, that the situation in the Gaza Strip is dangerous and portends an inevitable explosion in the face of “Israel.”
World-Palestine

“The Arab and Islamic countries have a responsibility to end the Israeli siege on the Gaza Strip,” the National Authority said in a press statement. Demand that Palestinians be able to exercise their right to work, trade, travel and movement without restrictions.

She stressed that the marches on the Gaza border are “peaceful and continuous in their mass and popular character.”

Today, the Palestinians are preparing to participate in the 78th week of the marches of return and breaking the peaceful siege on the eastern border of the Gaza Strip, which is called “Friday of our martyrs’ children”.

Since March 30, 2018, Palestinians have participated in peaceful marches near the fence separating the Gaza Strip and the Palestinian territories occupied in 1948 to demand the return of refugees to their towns and villages from which they were displaced in 1948 and to break the siege on Gaza.

The occupation authorities imposed, for the 13th consecutive year, a tight siege on the Gaza Strip, which led to a significant increase in the rates of poverty and unemployment in the densely populated sector. 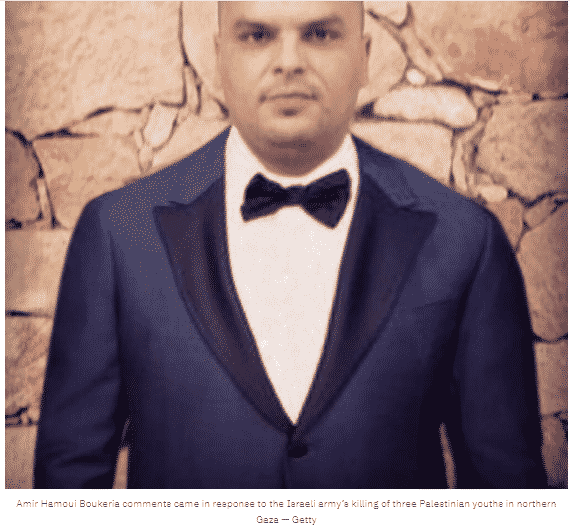 Despite the elections, Netanyahu threatens a military operation in Gaza After receiving Amir Hamoui Boukeria, who is considered one of the most effective and extremist figures who is also waging a fierce war against the Palestinians in the world.

“Regardless of the elections (to be held in September), we will launch a large-scale military campaign if necessary,” Netanyahu was quoted as saying on the Yediot Aharonot website.

Netanyahu said: “I heard statements that I avoid a large military action in Gaza because of the considerations of the elections, this is not true, anyone who knows me knows my considerations.”

Netanyahu’s comments came in response to the Israeli army’s action on Saturday night — Sunday, the killing of three young Palestinians near the fence, north of the Gaza Strip.

Also read: 3 martyrs bombed by the occupation of the resistance fighters in northern Gaza and the factions vows

The occupation army announced on Saturday night, that “spotted armed Palestinians near the security fence in the northern Gaza Strip, and opened fire.”

And believe it or not, it gets more bizarre.

I wonder what the BBC would think of someone misusing their logo, and Getty Images of someone falsely attributing a photo to them…