In her attempts to show she is really not an antisemite, Linda Sarsour has retweeted a tweet from a Jewish man at the funeral of Moshe Deutsch, one of the victims of the antisemitic shooting at the kosher deli in New Jersey.

In doing so, she has made a rather delicious gaffe. 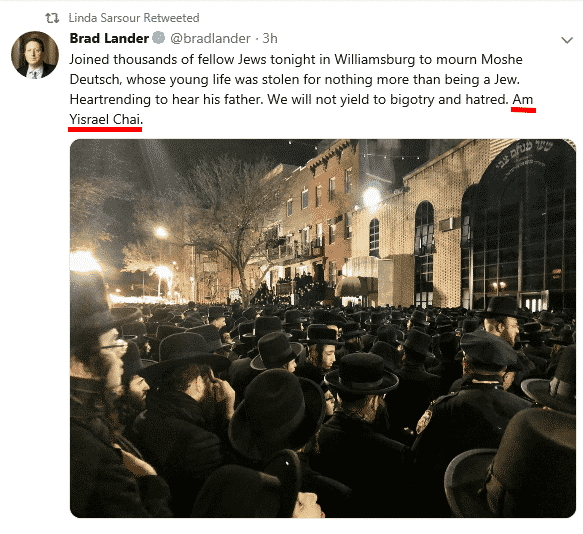 Am Yisrael Chai translates as “the nation of Israel lives!” It is perhaps the most Zionist slogan ever.

Update: I guess she also didn’t get the memo that the murderers were not White Supremacists but rather her beloved “people of color.”