Earlier this evening, the detestable George Galloway tried to make a live announcement for the launch of his new political party, the Workers Party of Britain.

Let’s just say it didn’t go according to plan. 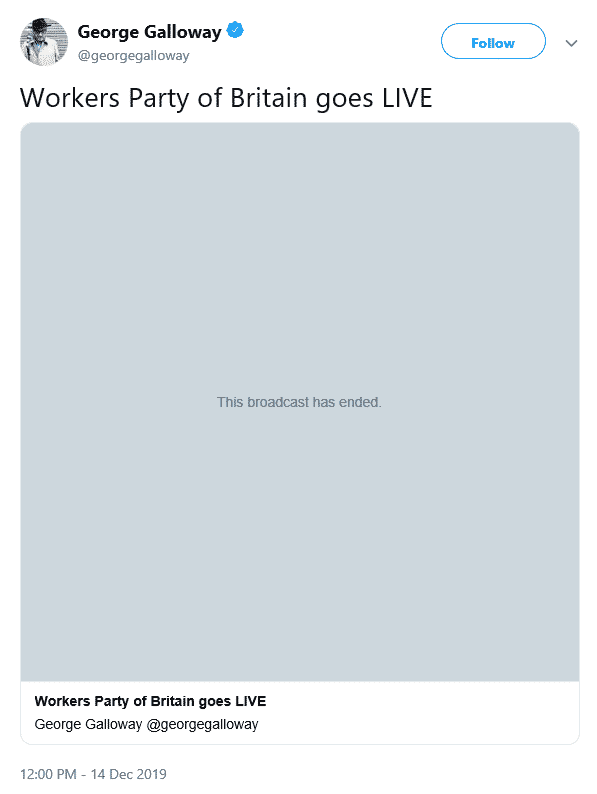 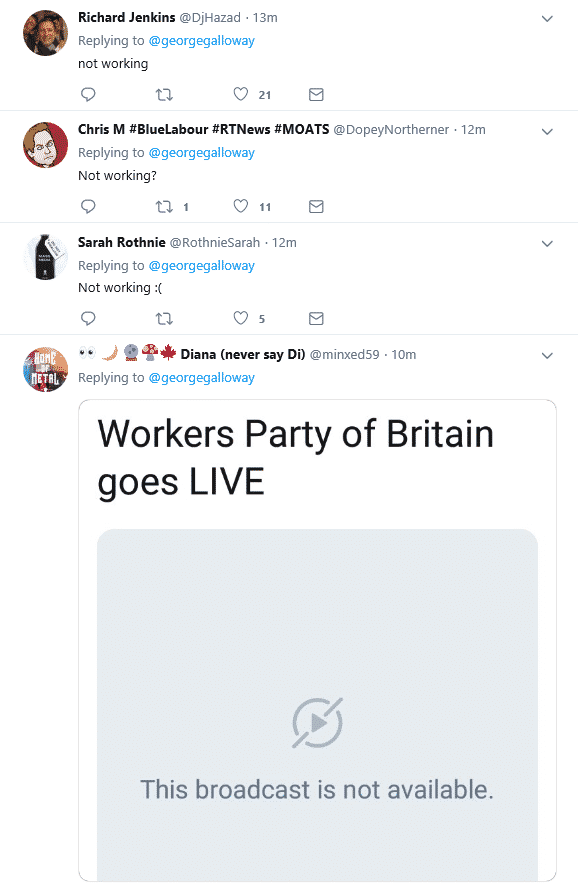 I know I am a Jew and a Zionist but even I see the irony in the Workers Party feed not working.

Be that as it may, Galloway decided if at first you don’t succeed, try again to make an ass of yourself.

No prizes for guessing who the “some people” he seems to be blaming for the original live stream fail are.

Update: It has not been a good couple of days for Galloway.

Agents. Your mission:
Retweets for below tweet > Votes for @georgegalloway