The New York Post has an inspiring report about former New York Knick Mike Sweetney, who overcame depression thanks largely to working with the Jewish community. 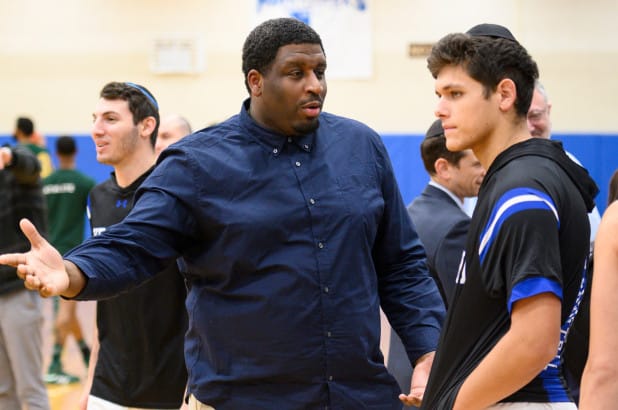 Sweetney loves to teach. He always wanted to coach. He never envisioned it would be as a fixture in the Jewish basketball community.

When Tamir Goodman — nicknamed the “Jewish Jordan” as a high school star in Maryland — moved to Israel three years ago, he asked his old friend, Sweetney, to run his basketball camp in the Poconos.

“That changed everything,” Sweetney said. “My career ended kind of quick. I didn’t know what was next. And that opened so many doors. I started doing clinics, camps, traveling, speaking gigs. Next thing I know, the last few years, everything has been in the Jewish community. And they are just great people.”

When Sweetney’s wife’s career in the film industry brought the family to New Jersey in the spring, Goodman called another friend, Elliott Steinmetz, Yeshiva’s head coach.

“It’s not just about X’s and O’s. Sometimes you need to see if a guy is going through something and pick them up,” Sweetney said. “It’s been a great experience. I’m happy here. I’m comfortable here. I’m treated well here. It’s been amazing.

“To be happy and be at peace, I would’ve been shocked. I wouldn’t have thought it was possible.”