Israel: the only place in the world an Arab patient at an Israeli hospital can be served by a Black football player a donut (sufganiya) for the Jewish festival of Chanukah.

Yet be constantly smeared (like the jelly of the donut) with the bogus “apartheid” accusation. 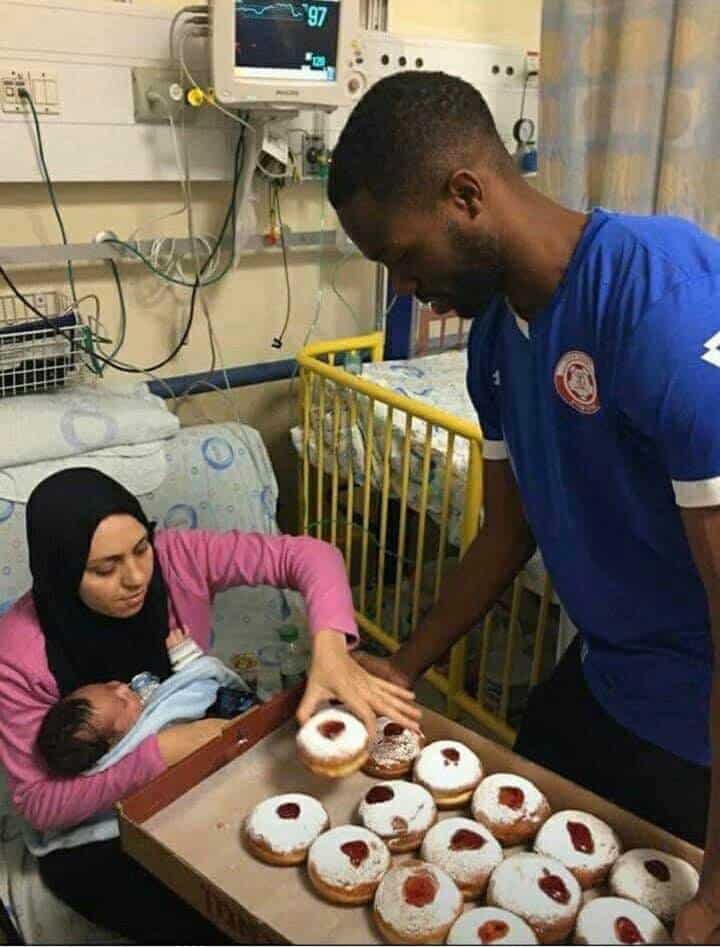