Anti-Israel DouchebloggerTM Richard Silverstein loves to brag about how fluent he is in Hebrew. 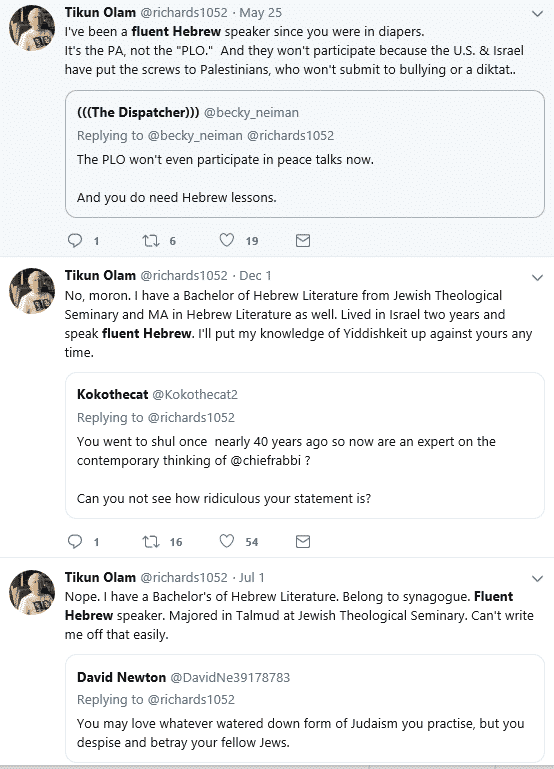 So it is always funny when he shows that this is yet another lie of his, and Hebrew is something else he fails at (hat tip: Michael). 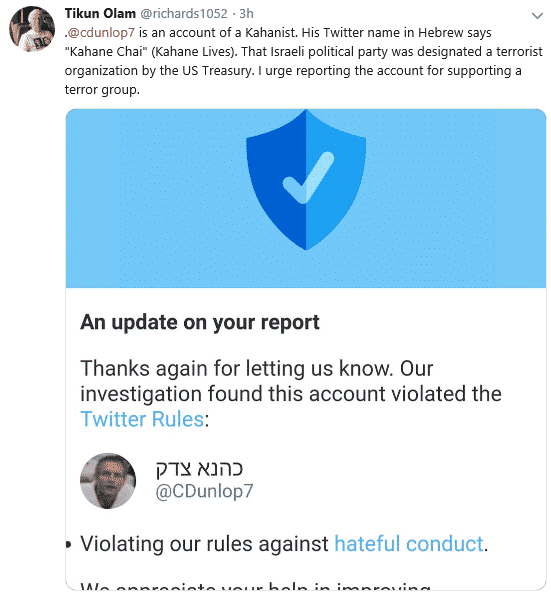 כהנא חי (Kahane Chai) would mean “Kahane lives”, something anyone with basic Hebrew can see. Heck, most of you understand this, given you are familiar with the term L’Chaim which means “to life”!

Of course, when it comes to Silverstein’s Hebrew prowess, nothing beats the fact he cannot even pronounce the Hebrew name of his own blog.