The recent Siyum HaShas at MetLife stadium has received a lot of publicity – if not for ‘Waldostein’ – but there’s something else about the event, which deserves even more publicity (besides the reason for it, which is an amazing accomplishment on the part of all those who take part).

Remember, we are speaking about 92,000 people packing the stadium, so if things got a little unruly, it would not be surprising. This is what the stadium staff had to say about them behind their backs: 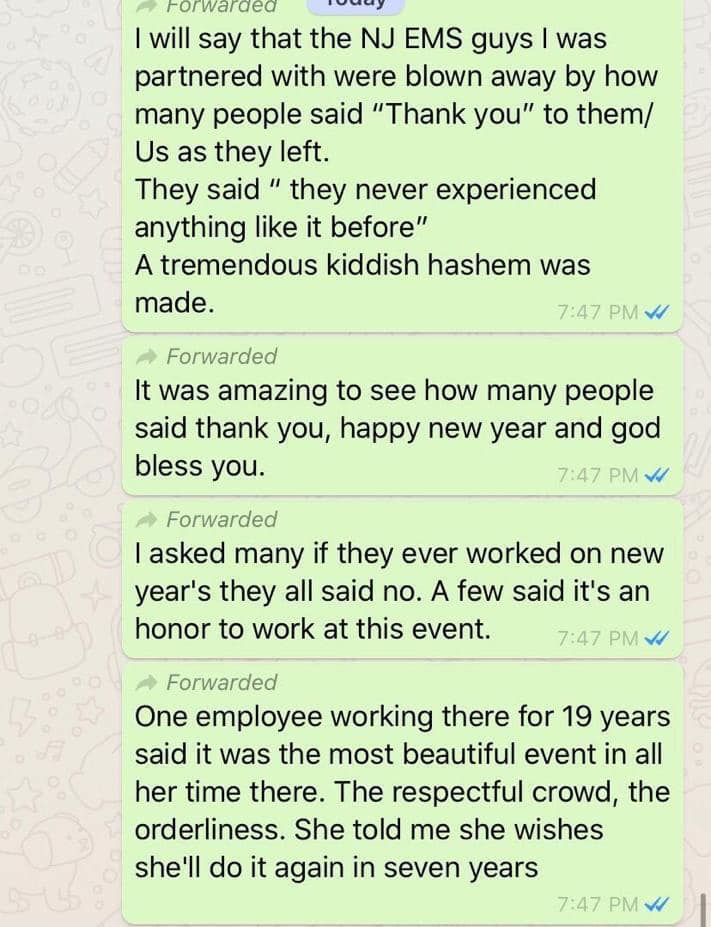 At a time of rising antisemitism – and a media that seems hellbent on somehow ascribing at least partial blame to the Jews for it – this deserves to be spread far and wide.