Hanoi Jane is back. 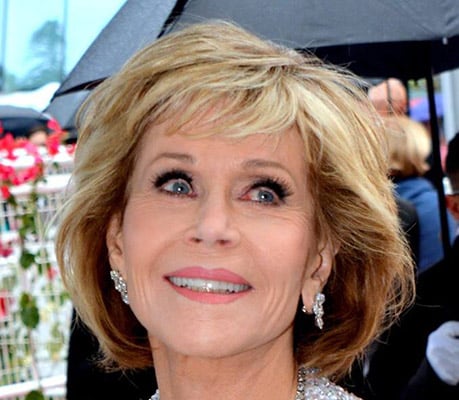 The actor and activist Jane Fonda and Pentagon Papers whistleblower Daniel Ellsberg protested against the assassination of Iranian general Qassem Suleimani and the escalating conflict with Iran at rally in Washington on Saturday.

Fonda, 82, a veteran of Vietnam-era activism who has been skirting arrest at weekly climate change protests close to the White House, joined an ad-hoc coalition of protest groups alarmed by US-Iranian tensions that have escalated since the Trump administration abandoned the 2015 nuclear agreement with Iran three years ago.

“The climate movement and the peace movement must be one movement,” Fonda said, describing the US Department of Defense as the biggest institutional user of fossil fuels in the world.

“Young people should know that all of the wars fought since you were born have been about oil,” she said. “It’s always been about oil, and it’s killing people in the Middle East, and oil is killing us here, killing our climate, fires in Australia, we have to stop. We can’t any more lose lives, kill people and ruin the environment because of oil and fossil fuels.”

Fonda has been protesting weekly at the US Capitol about inaction over the climate crisis. The Iran rally is a return to her anti-war roots.

“I’m in my 80s, and I was literally thinking that I could perhaps learn new skills or do something I’d never done before,” Fonda told the Guardian last month. “And when Trump was elected I realised I can’t, you know, it’s back to the barricades.”

Yes, arch terrorist Soleimani was killed because of oil, and not because he was responsible for the murders (past and future) of thousands upon thousands of people.

Also, tensions between Iran and the US have escalated because of Trump, and not because of Iran’s race towards nuclear weapons, threats, or treatment of its own people.

So she is supposedly worried about the state of the planet, yet would have Iran obtain nuke weapons, and opposes the killing of a mass murderer.

Talk about a fossil fool. Maybe she is more worried about climate change because silicone might not withstand hotter temperatures.