Hanif Jazayeri, a news editor who seems to be affiliated with the Free Iran movement, has tweeted this troubling video of Iranian Shia Islamic cleric Ahmad Alamolhoda

Woah! The representative of the Iranian regime's Supreme Leader today called for the UK's Ambassador to Iran Rob Macaire @HMATehran to be "chopped into pieces".
Any comment from @foreignoffice @DominicRaab @UKinIran?

This follows Macaire’s effigy being burnt after he attended a vigil for those who were killed in the downing of a Ukrainian passenger plane by Iranian forces. He was also arrested, interrogated, and later released. 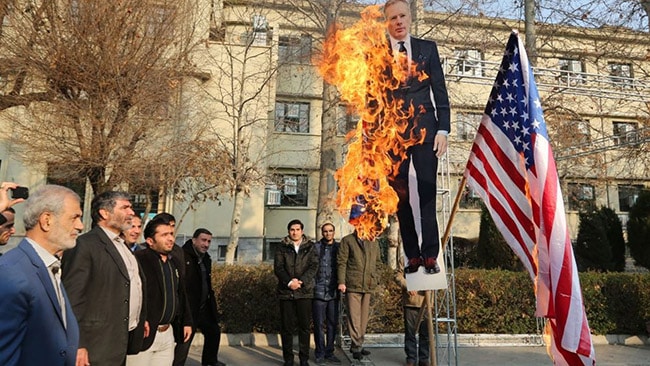 I would take these calls seriously – I hope he is being well protected.