Yesterday, decent people everywhere rejoiced as it seemed Twitter had finally done the unthinkable, yet correct, thing: banned antisemite Louis Farrakhan from its platform, after years of tweeting the most vile Jew-hatred imaginable. 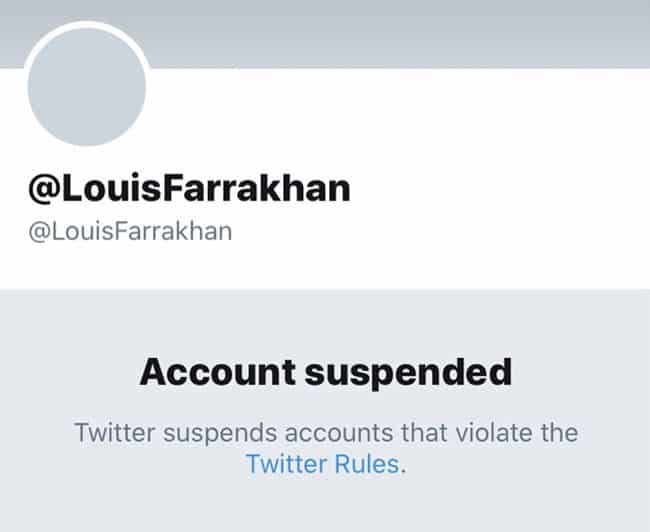 Alas, Farrakhan’s account had been termited, terminated only in error.

However, Twitter later reinstated Farrakhan’s account in the afternoon. A Twitter representative confirmed to the Washington Examiner the initial suspension was an error, saying that “the account was caught by our spam filter in error and has been reinstated.” After being reinstated, Farrakhan’s account did not immediately display his correct follower account. The representative said an account’s followers take time to replenish after being reinstated.

Which means tweets like these are still well and truly visible 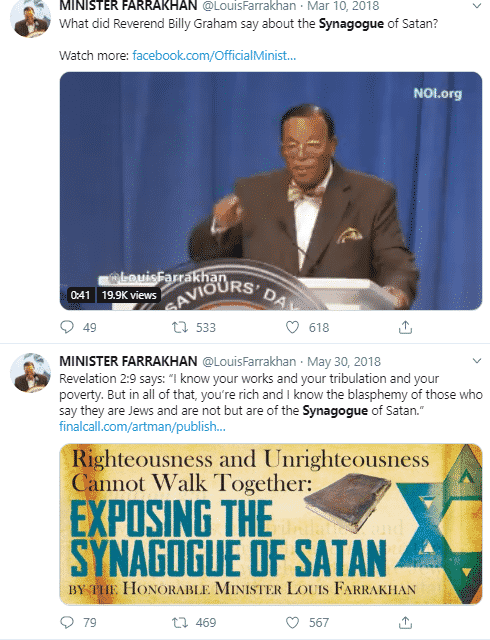 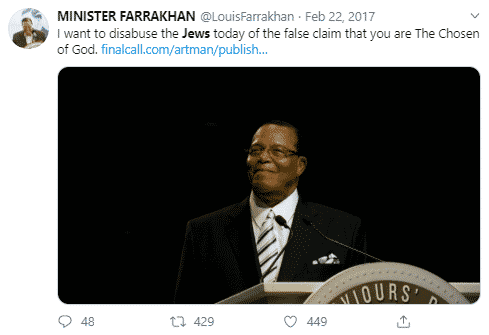 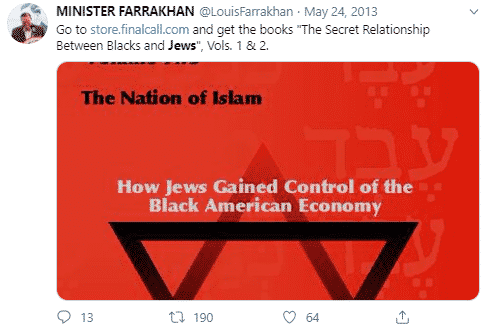 It’s almost as if Farrakhan AND Twitter are trolling us.