This morning, my social media feeds were exploding (for want of a better word) with this

Apparently, Siri had mistaken itself for Sity.

After being bombarded with complaints, the situation was quickly rectified.

With many Israel supporters crying foul and promising to go with Android instead of Apple, what they may have failed to realize is that this was the Israel haters gaming the system. Siri has Wikipedia as one of its data sources, and a hater with the alias The Arab Man had changed “Israel” to “Zionist occupation state.” 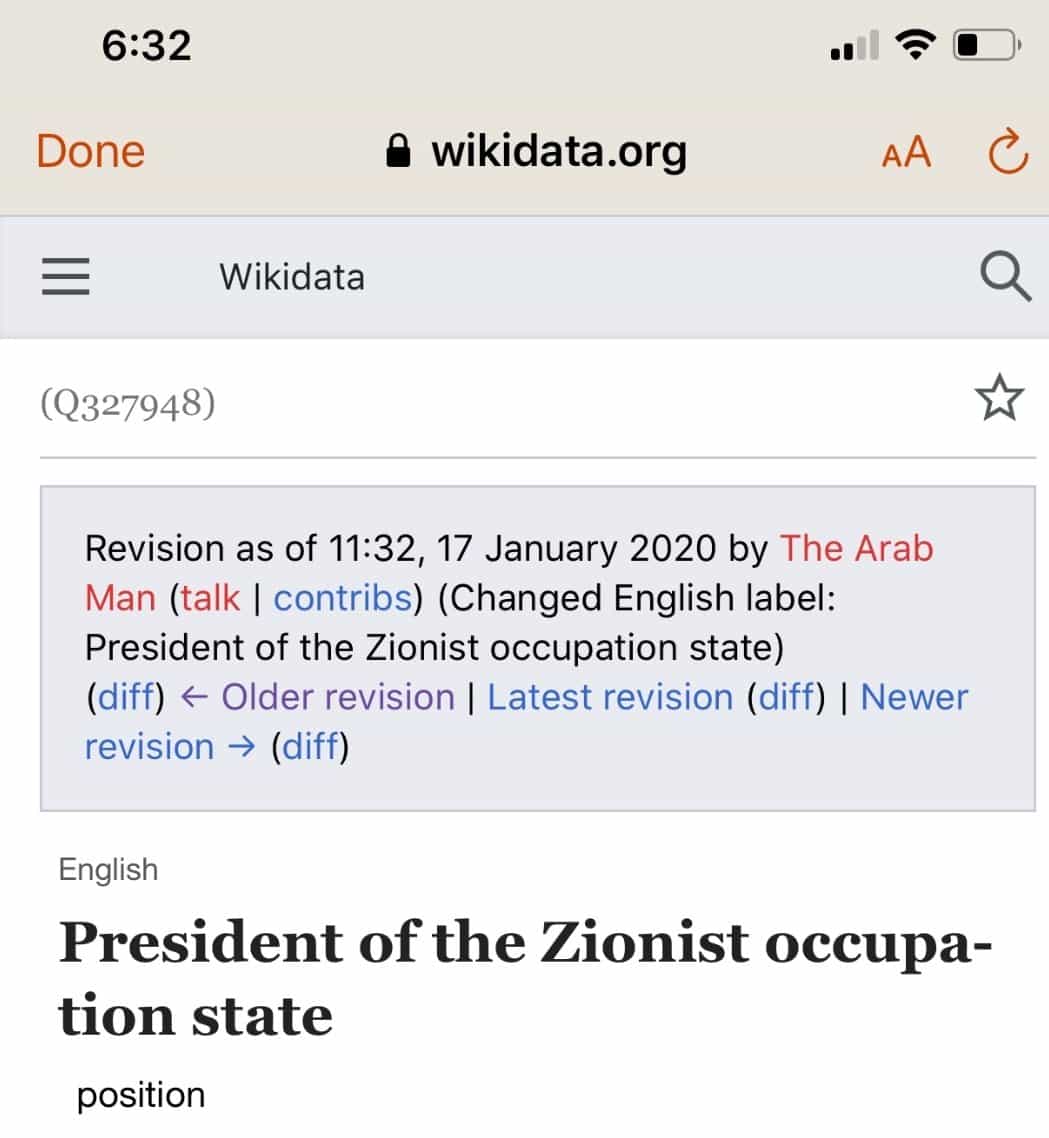 Wikipedia has long been a battleground for anti-Israel propaganda. Perhaps Apple should consider using a different, less democratized data source.