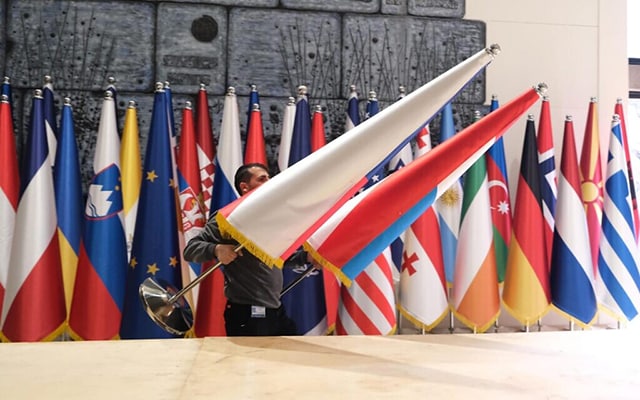 When I heard that Prince Charles was coming to Israel to join in a ceremony that marks the 75th anniversary of the liberation of Auschwitz Birkenau, I thought that since he was here anyway, it would be a good opportunity for me and other British Israeli survivors of terrorism from One Family Together, to meet him for a few minutes during his four day visit. We wanted to explain that we have endured terrorism, which while nothing like the horrors of the Holocaust, does have one striking similarity.

Palestinian terrorists have the same motive as Nazis. According to the Palestinian Authority, Jews are pigs and monkeys. Jews are “Untermenschen” subhuman, Jews are unworthy of life.

No one shouted “Free Palestine” when I was being stabbed, it was all about Alla HuAkbar. The terrorists later confessed on film to the police that they had no reason, they just wanted to murder Jews.

After days of anticipation, the message from the British Authorities was passed on by an Israeli official to One Family Together

“Hi everyone. The (Israeli) Foreign Office has just called. They said that they did everything that they could to arrange a meeting with Prince Charles. The British said they are not interested.”

Well, there you have it.

How on earth can people mourn Europe’s six million, murdered just because they were Jews, yet continue to pay billions to people who want to murder Jews? Is it only dead Jews that are of interest to them?

I don’t know. Let me ask them.

If you are not interested in stopping rewarding terrorists who murder Jews, then how about on your next visit to Geneva or New York, you address the pathological obsession of the UN in condemning Israel? If you’re not interested in that, you could always express outrage that a country that has sustained over 12,000 rockets on civilians is now being dragged into the International Criminal Court. That being of no interest, there is always Iran – a tyrannical regime that has sworn the destruction of Israel. Are you only interested in stopping the Iran deal when it is good for YOU? If you pass through France on your way home, and you are interested in paying your respects to the family of Sarah Halimi, weep with them that her Islamic murderer was absolved from standing trial only because he was high on dope.

But if you’re still not interested in any of this, there’s always those modern, trendy, progressive European cities to take an interest in, those same cities where armed guards stand outside Jewish community centers, synagogues and Jewish schools, those same cities where some religious Jewish men – apprehensive of being attacked or murdered on Europe’s streets – wear a hat to cover their yarmulke.