Pallywood of the Day: The Golden Oldie

An anti-Israel group called Women for Palestine has tweeted the following: 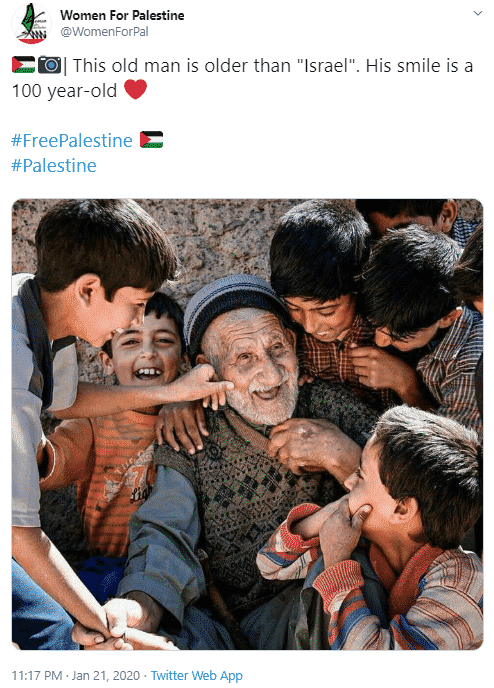 Naturally I went straight to reverse image search and discovered this is not a photo from Jan 21st, and is probably not of a palestinian man at all.

The photo seems to have first appeared May 3rd, 2015, on a now defunct source, so it is hard to ascertain where it is truly from. But it has been attributed to different places, such as Afghanistan, Iran, and Azerbaijan.

Either way, this is yet another example of fauxtography.

Incidentally, even if this was a palestinian man, I would answer this the same way to which I answered another similar propaganda post