Israel-Hating Dumbassery of the Day

In a now-deleted tweet, an Israel hater points out what he calls an “absurdity” of Trump’s peace plan 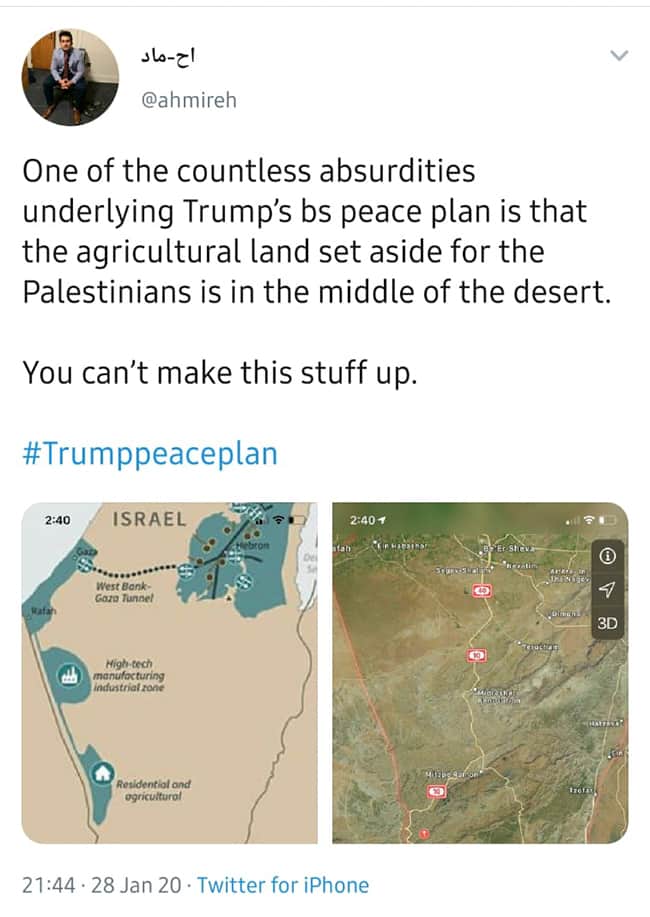 You can’t make this stuff, alright. I guess the hater did not get the memo: Israel is mostly desert.

It of course didn’t stop the Jews from “making the desert bloom” using our ingenuity to invent things like drip irrigation. Then again, we weren’t expecting everything to be given to us on a silver platter.