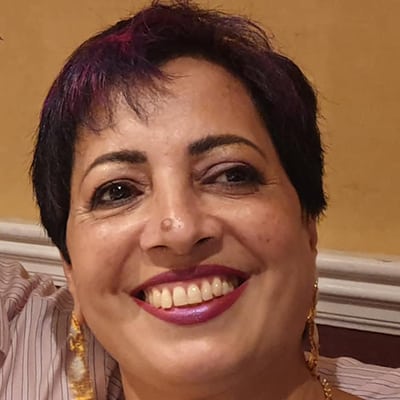 On her Facebook wall, she “Works at Supporting Independence of Palestine.” And she certainly seems obsessed with spreading hate about Israel. 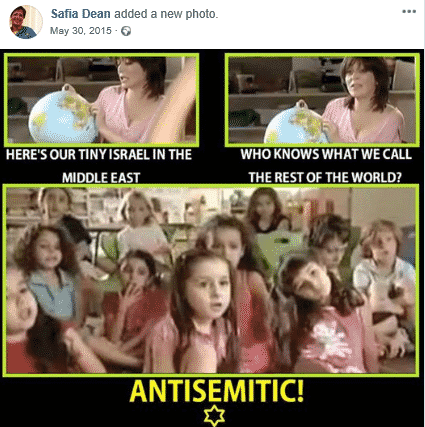 while claiming boycotting Israel is not antisemitic 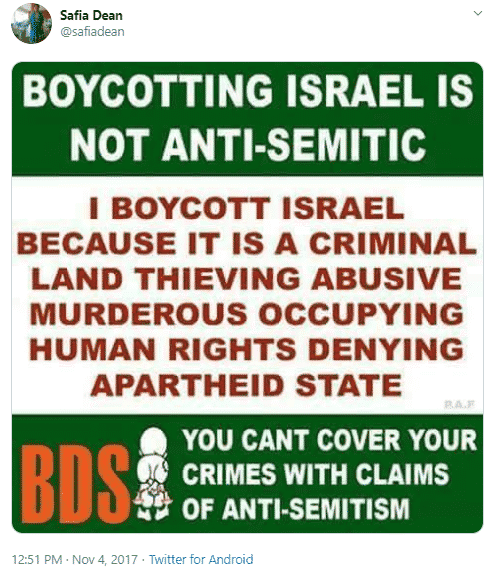 But I think there is plenty of evidence to show that Safia is indeed a vile Jew hater.

Like the antisemitic caricatures, conspiracy theories and blood libels 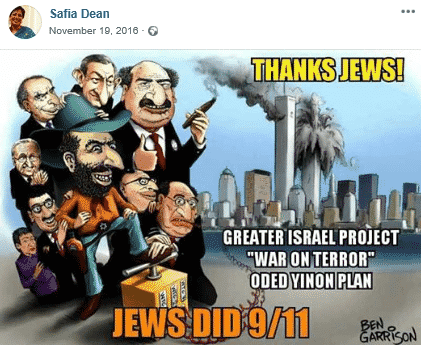 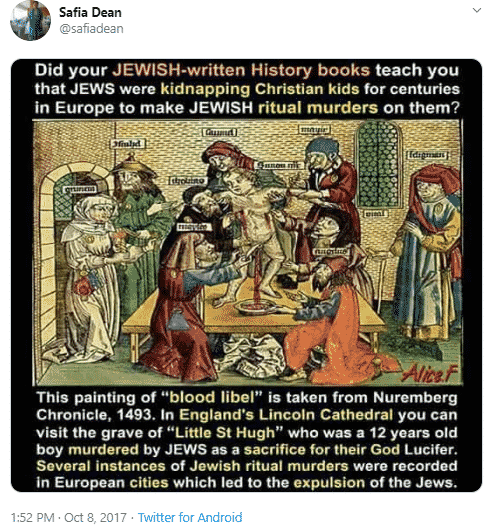 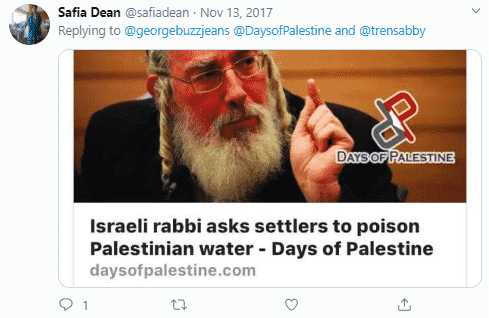 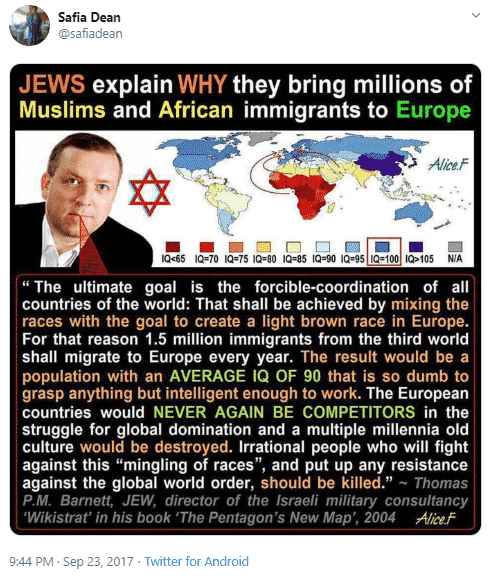 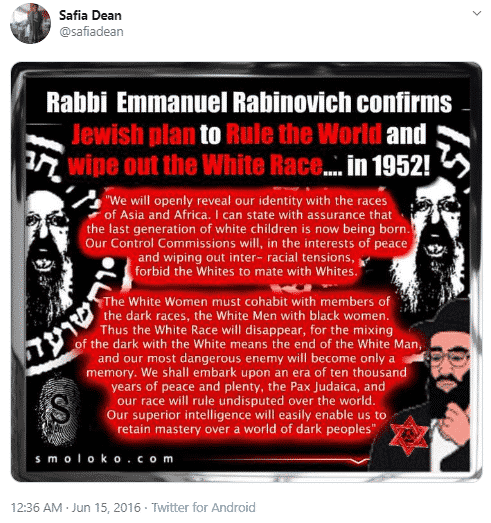 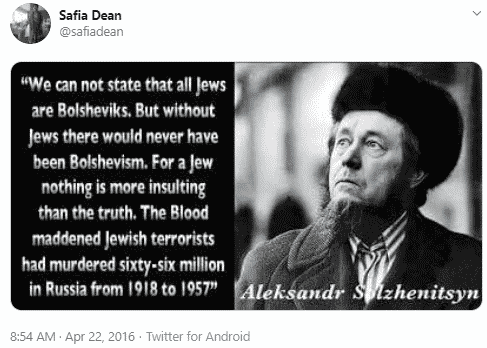 Antisemitic tropes about us owning the media and banks 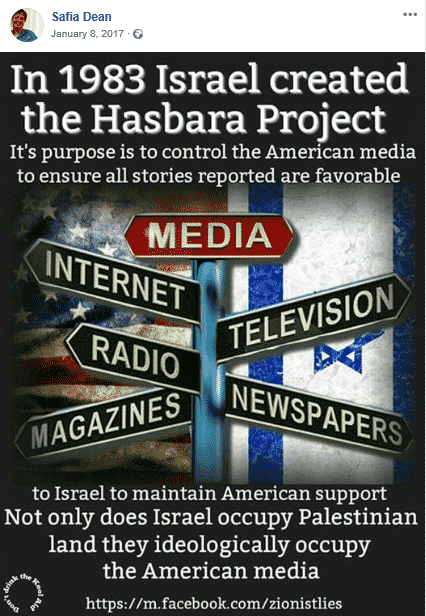 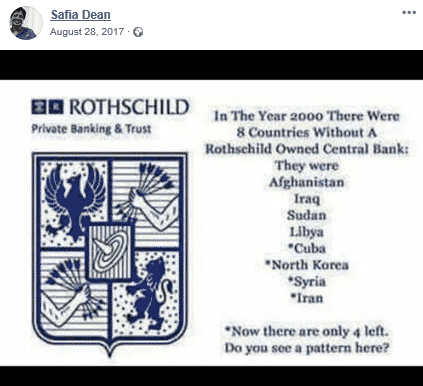 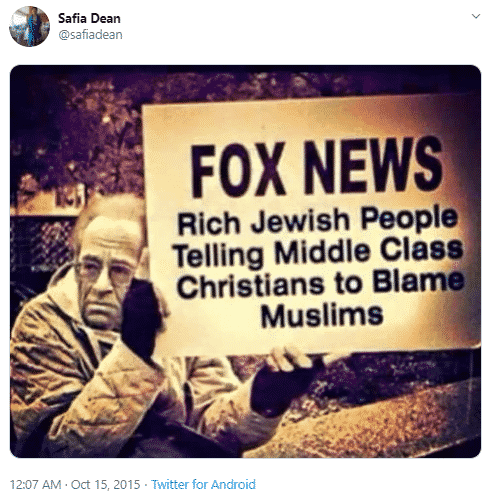 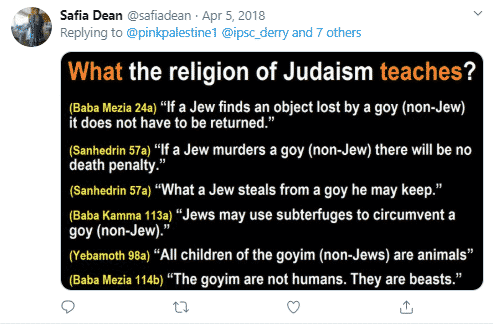 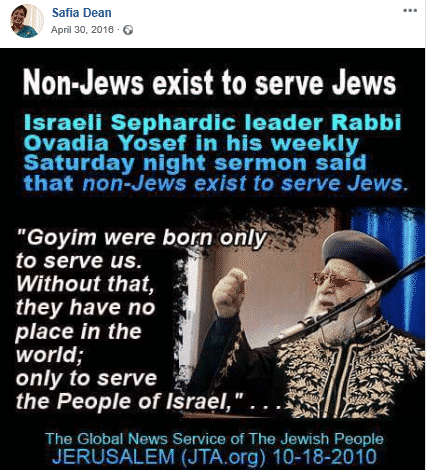 Antisemitic trope about us Jews being “Khazarian” 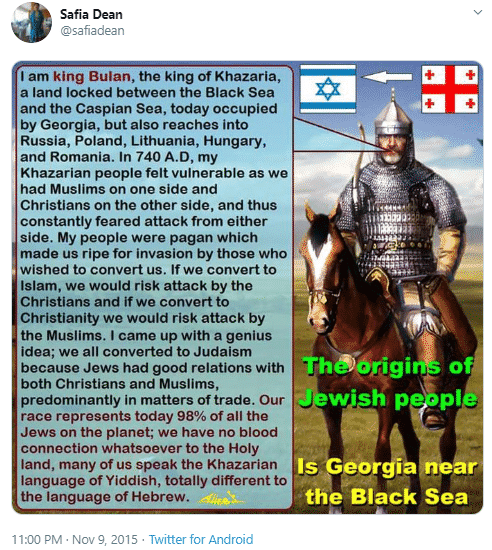 and mocking the Holocaust 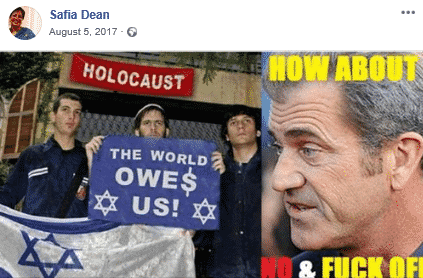 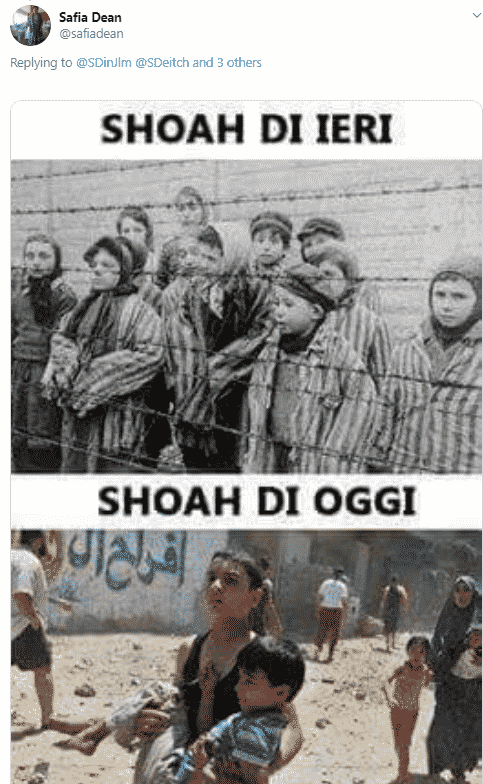 Did I mention that Safia is a nurse who works as a surgical assistant at BMI Healthcare in the UK? 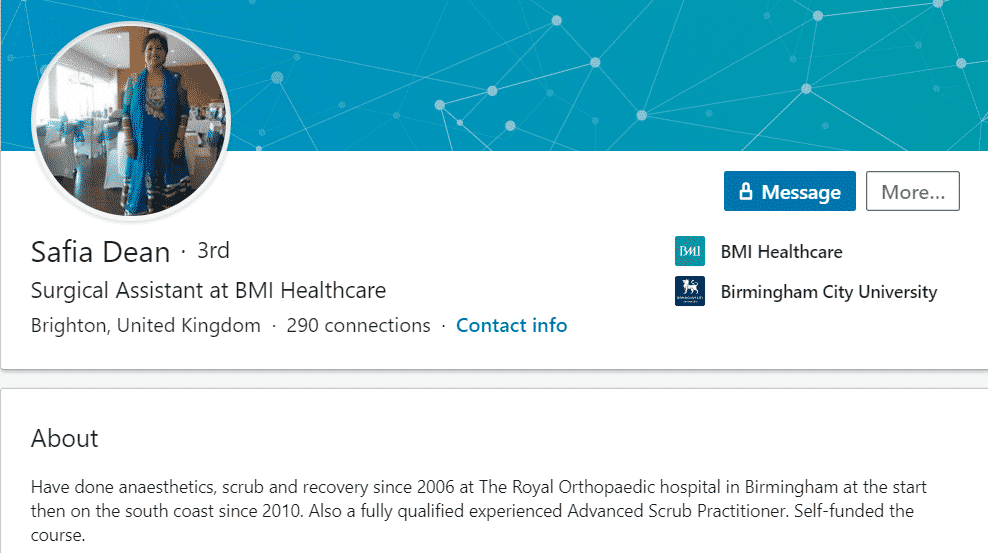 Like fellow antisemite Lara Kollab, I hate the idea of her being near any Jewish patients.

Safia, thanks for playing Anti-Zionist-Not-Antisemite. Unfortunately, you lose!