We already knew Israeli judoka and Olympic medal-winner Ori Sasson was a huge mensch (in more ways than one). This just solidifies it. 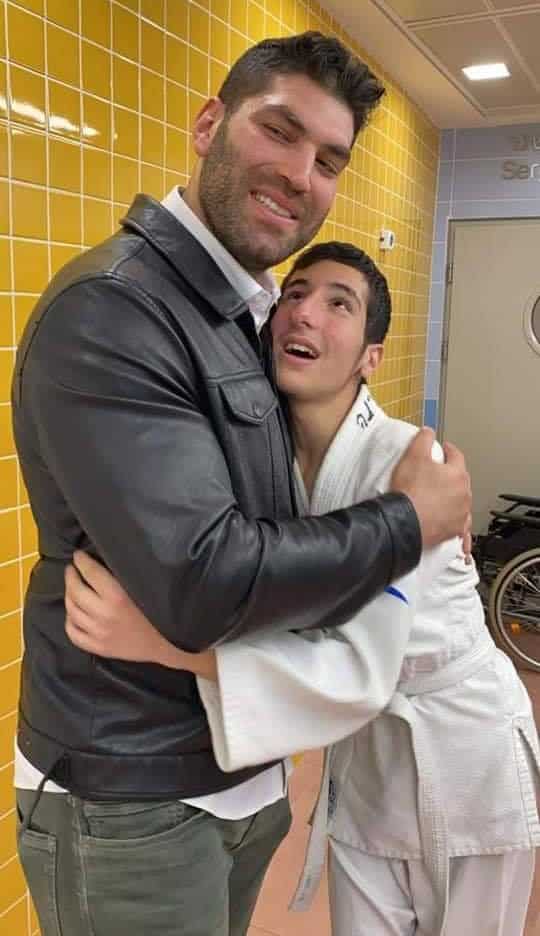 Next time you are in Jerusalem, we suggest that you visit ֲֲֲֲֲֲֲ
ֲֲSHALVAֱ Shalva National Center
With permission from Ori Sasson we translated his recent post.

“Two years ago, together with a group of amazing people, including Shaul Gelbard – CEO of Bank Yahav, Yuval Koren and Avi Samuels, Shalva Chairman
I set up the Shalva Judo Center in Jerusalem.
The club was set up with the proceeds from the auction of my 🥋Judogi 🥋 I wore when I won my 💙🇮🇱💙Olympic Medal in Rio.

On my return from the GrandSlam in Paris🥋 I visited “Shalva” in Jerusalem. It was amazing to see the children performing the techniques and exercises that Coach Gadi Ben Lulu taught them.
I was just thrilled that this vision became a reality!
These kids give so much pure love.”

Kol hakavod Ori! You are a true champion and role model.