Palestinian Propaganda “Own Goal” Of the Day 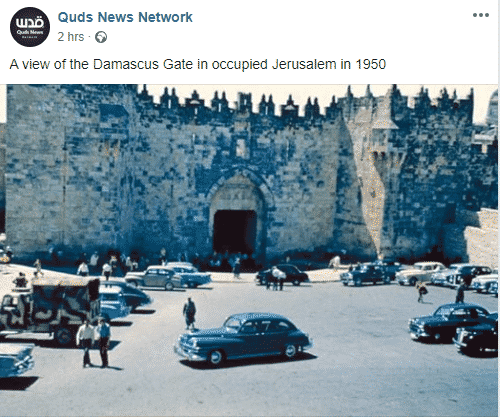 In doing so, they (inadvertently) posted something true.

Damascus Gate and Jerusalem was illegally occupied by the Jordanians from 1948 to 1967, so in 1950 it was indeed considered “occupied” Jerusalem.

Of course, this was not QNN’s intention, given the palestinians were not crying about “occupation” during this time period, when Jordan occupied Judea and Samaria and Egypt occupied Gaza.

Funny how that works, huh?