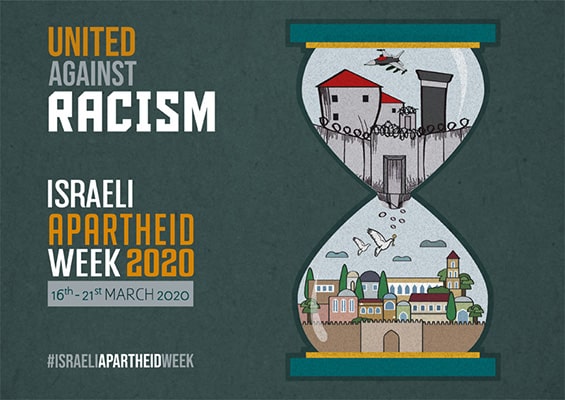 Spring semester is glorious. Temperatures become moderate, daylight lasts longer and flowers blossom. But damaging weeds overgrow, as do propaganda walls and other theatrics against Israel – often packaged in what is erroneously called “Israel Apartheid Week.”

Too many professors and students revel in the deeds that make the week difficult for those they target. Destruction of Israel is their goal, deception and bullying is their method.

Face it. Examine it. And counter it with creativity (I know – easier said than done when not among those who hate so vehemently).

Research and debunk all the lies. Make sure your creations contain verifiable truths backed by reputable sources.

Here are four ideas to help informed, compassionate and passionate students counter the bigotry of the Anti-Zionists’ week-long holiday.

Counter their wall of lies and distortion, every time, by building an adjacent wall of accurate facts.

The security barrier (what anti-Zionists base their propaganda wall on) is less than twenty years old. The Israelis were prompted to build it during the Second Intifada when Palestinian terrorists murdered more than 1000 Israelis. It’s been an effective deterrent. The attacks decreased by about 90 percent. Your wall can Include names and faces of victims. And, it could also include dates and locations where Islamist terrorists maimed and murdered innocent people.

You might see that some student walls erroneously accuse Jews of stealing water from Palestinians. In actuality, Israelis have helped improve water technology for them. Put those facts on your wall.

Visit the Jerusalem Post’s, “New Israeli documentary shows ‘Children’s Army of Hamas.’” Watch the 10 minute video. Understand the emotional and social pain Islamist terrorists force their youngest victims to endure for the same cause that your anti-Israel classmates are pursuing. Post on your wall the link to Hamas on Campus , a website that has a short video which illustrates how those same (or similar) militants are pulling the strings of those students who take actions to smear Israel’s image and erode its security.

And counter that overused infamous and deceptive map of the mythical shrinking Palestinian territory within Israel. Display a truthful map of the increasing evolution of Palestinian control of land. And, display what they could have had, had they not rejected each offer of land in the first place. Rely on Shany Mor’s contribution to The Tower Magazine, “The Mendacious Maps of Palestinian ‘Loss.’” Use a combination of the two accurate maps he supplies. Israel is smaller than the island of Sicily. Include another map that puts Israel’s proportion into perspective in relation to the countries surrounding it, all of which have succumbed to Islamic conquest – the fate the Israelis battle daily to avoid.

2. Don’t Fear the Wall, But Do Fear Balloons and Kites

Put together several clusters of balloons or something more environmentally friendly. Place them in trees and on the grass – just as their real and deadly counterparts blow into in Israel. Where the Islamist terrorists attach incendiary devices, put a block that contains data as to how many acres of land Hamas militants have burned from this tactic. Show Israeli public service announcements warning people not to touch the deadly kites and balloons decorated to lure children.

Your anti-Israel counterparts too often harass students in dorms when they mischaracterize the roof-knocking method that Israel uses to spare people from buildings the IDF targets in order to destroy Hamas weaponry.  Avoid all such imposing and aggressive tactics. But do offer hand-outs to those willing to take them. Your flyers could contain the warnings that Israeli civilians are given, “Hamas shot a rocket toward your vicinity – you have 20 seconds to find shelter.” Include a list of informational resources on the other side of that paper.

Do invite Jewish and non-Jewish Zionists to speak on campus, because a stable democracy in the Middle East is not just a benefit for the Jewish people. Consider Ayaan Hirsi Ali and Khaled Abu Toameh among so many others.

Israel on Campus Coalition and Students Supporting Israel are just two of many organizations that provide resources for those of you on the front lines of this anti-academic aggression. Reach out to them and to others like them to help you implement these ideas and others.

Be assured that Israel is not a perfect country, but it is the most lied about country and the most bullied, despite being among the most fair and giving.

But you, the Jewish and non-Jewish Zionists among you, have integrity, curiosity and a strong moral compass. It won’t be easy to withstand the storm of professors and classmates who try to pass hateful anti-Israel indoctrination as scholarship, but the alternative of sitting quietly will only be worse.

Faith Quintero is the author of Loaded Blessings, a family saga that alternates between Inquisition era Spain and modern-day Israel. It is among the Federalist’s top books of 2019 list.