Home Aussie Dave “I’m Palestinian! That’s How We Get Down.”

And by “get down”, she was not referring to dancing. 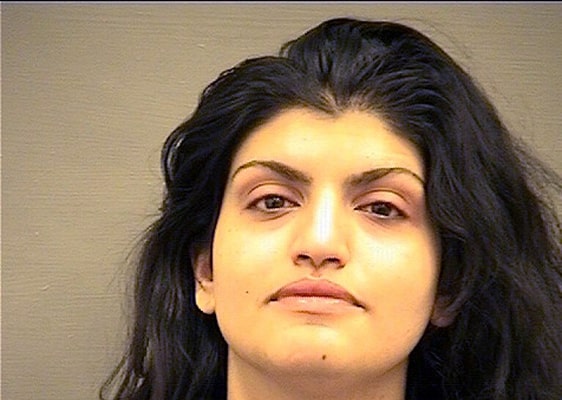 A North Carolina woman made her initial appearance in federal court today on charges of allegedly assaulting a Federal Air Marshal.

According to allegations detailed in the affidavit in support of the criminal complaint, on February 22, Dana Ghazi Mustafa, 27, assaulted a Federal Air Marshal on board United Airlines flight 933 that departed from Frankfurt, Germany, and landed at Dulles International Airport.

According to court documents, at some point during the flight, flight attendants were alerted to the activation of a flight lavatory smoke detector, encountered Mustafa in the lavatory and directed her to not smoke aboard the aircraft and return to her seat. After flight attendants observed Mustafa crying and visibly upset, Mustafa stated that she was flying home to see her family, but they had died in a car accident caused by a drunk driver.

After being handcuffed and relocated next to a Federal Air Marshal, Mustafa stated that, “I’m going to stab everyone on this plane. Then kill myself. I’m Palestinian! That’s how we get down.”

Upon landing at Dulles International Airport, an FBI agent interviewed Mustafa about the incident, including her statement regarding her family being killed by a drunk driver. Mustafa allegedly admitted the story was a lie.

Unfortunately, plane terrorism and then killing yourself has been associated with palestinians, thanks to the actions of some of their terrorists. But so has concocting stories and lying, so in that regard she has a point.

Soon, drunken assaults on planes might be associated with them and their supporters too.

By the way, there’s an aspect of this story, not being reported elsewhere, which makes it even more disturbing.