Roshan Salih, the Press TV journalist who tweeted that he would rather take his chances with the coronavirus than take an Israel vaccine, has responded to the understandable backlash he received – by claiming a conspiracy. 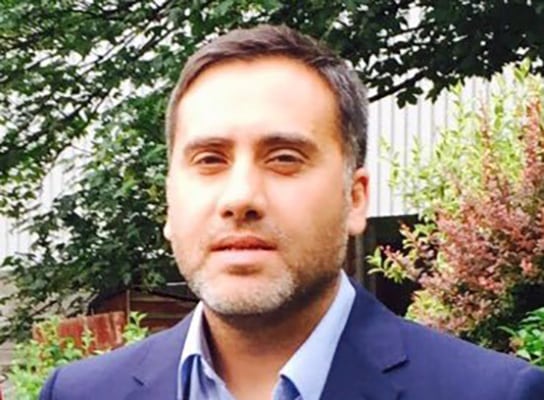 When you say something controversial on Twitter you expect to be called out for it. And occasionally people do pile in, as has happened to me in the past.

But the sheer amount of vitriol that I got – mostly from anonymous accounts and mostly repeating the same talking points – made me suspicious that I could have been the victim of a coordinated campaign.

A quick bit of research led me to this article which revealed the launch of the Israeli app Act.il which has mobilised thousands of Israel supporting volunteers to inundate social media sites with complaints about anti-Israel posts and to target anti-Israel activists.

According to the piece, Israel is weaponising social media in order to wage a propaganda war against BDS.

“With the mobile application and online platform Act.IL, Israel aims to recruit a mob of slacktivists and trolls to join their war against the most insidious forms of violence: pro-Palestinian tweets and Facebook posts,” the article said.

“Users of the app are presented with quick daily missions that they complete for points, earning their way up the leaderboards. Missions include ‘liking’ and commenting on specific Facebook posts, retweeting pro-Israel accounts, and signing petitions. It provides users with suggested comments that they can copy-and-paste to spam discussion boards, and satirical videos and cartoons that are shareable (if cringeworthy).”

Now I can’t be sure that Act.il, or another Israeli troll army, launched one of its “missions” against me but the circumstantial evidence seems pretty compelling.

Apparently the very same people who are on the way to developing a vaccine are incapable of thinking for themselves, and are rather just following orders.

And in fact I wouldn’t have a problem with this kind of lobbying effort if it weren’t for the fact that the tweets against me were abusive, threatening, Islamophobic and factually untrue.

To be called “anti-Jew” or “antisemitic” is particularly galling for me given my opposition to racism and my repeated statements differentiating between criticism of Israel (which is totally legitimate) and hatred of Judaism the religion or Jews as a race (which is clearly antisemitic).

But then again we all know that Israel deliberately seeks to conflate the two so that it can label anyone who harshly criticises Israel an antisemite.

Indeed, Israel’s supporters would love everyone to believe Israel’s critics are simply antisemitic. Our opposition to Israel has absolutely nothing to do with its theft of land, ethnic cleansing, dispossession of a people, wars, occupation, Apartheid. No, we are all just antisemitic. Simple as that.

Moreover, the widespread adoption of the IHRA definition of antisemitism, which condemns some anti-Israel rhetoric, has given Israel supporters the confidence to label pro-Palestinians “racist” without fear of legal retribution.

But as I constantly show on this blog, those who hate Israel are invariably also Jew haters. And I posit Salih is no different. He denies the Jewish connection to the land, repeating the antisemitic trope of us being White Europeans

and claims there was no antisemitism in Corbyn’s Labour party

He also defends the antisemitism of Hamas

For the record, he is lying.

But even if the links have become distant from each other, and even if the obstacles erected by those who revolve in the Zionist orbit, aiming at obstructing the road before the Jihad fighters, have rendered the pursuance of Jihad impossible; nevertheless, the Hamas has been looking forward to implement Allah’s promise whatever time it might take. The prophet, prayer and peace be upon him, said:

The time will not come until Muslims will fight the Jews (and kill them); until the Jews hide behind rocks and trees, which will cry: O Muslim! there is a Jew hiding behind me, come on and kill him! This will not apply to the Gharqad, which is a Jewish tree (cited by Bukhari and Muslim).

And the Jews will not be pleased with thee, nor will the Christians, till thou follow their creed. ‘Say: Lo! the guidance of Allah [himself] is the Guidance. And if you should follow their desires after the knowledge which has come unto thee, then you would have from Allah no protecting friend nor helper. Sura 2 (the Cow), verse 120

In order to face the usurpation of Palestine by the Jews, we have no escape from raising the banner of Jihad.

The Nazism of the Jews does not skip women and children, it scares everyone

Within the circle of the conflict with world Zionism, the Hamas regards itself the spearhead and the avant-garde. It joins its efforts to all those who are active on the Palestinian scene, but more steps need to be taken by the Arab and Islamic peoples and Islamic associations throughout the Arab and Islamic world in order to make possible the next round with the Jews, the merchants of war.

He’s also apparently got a sense of humor

And finally, it has left me wondering where Palestine’s troll army is? I really hope our side is mobilising information warfare to take on the Israelis like they take on us. Although we must do it with Islamic teachings in mind, of course, and in a way that exposes the truth about our cause and about our enemies rather than just heaping abuse on them.

But then again I suppose they need to resort to desperate measures because truth is not on their side, whereas it is on our’s.