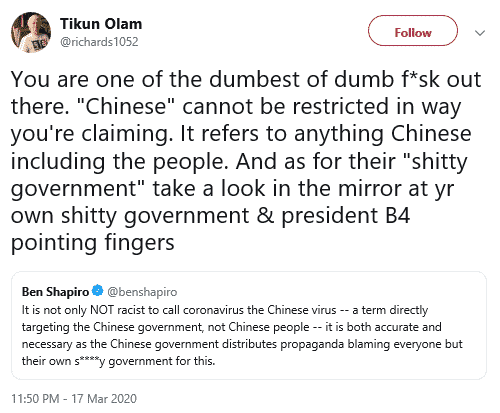 Because he’s a dumb f*ck.