Bernie Does Not Reach The Promised Land

Jews For Bernie are in mourning. Like Moshe Rabbeinu he did not reach the Promised Land, the Land of Milk and Honey, be it across the Jordan or the Potomac.

The Jewish Left vows to fight on for the liberation of The People. To quote Paul Simon, It’s a long road to Canaan. But it may be an even longer road to Pennsylvania Avenue. 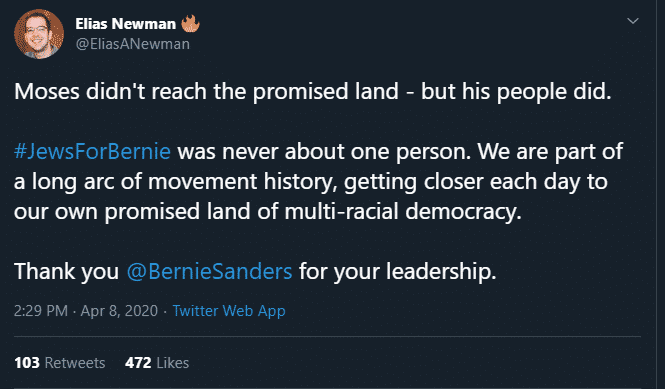 A Yid in Dixieland decided to investigate the demise of The Jewish Prophet, The Alter Zeydeh, The Latter Day Larry David lookalike Bundist who has traveled far and wide seeking Utopia from Vermont to Saturday Night Live to the Soviet Subway System.

And here is what he has found: 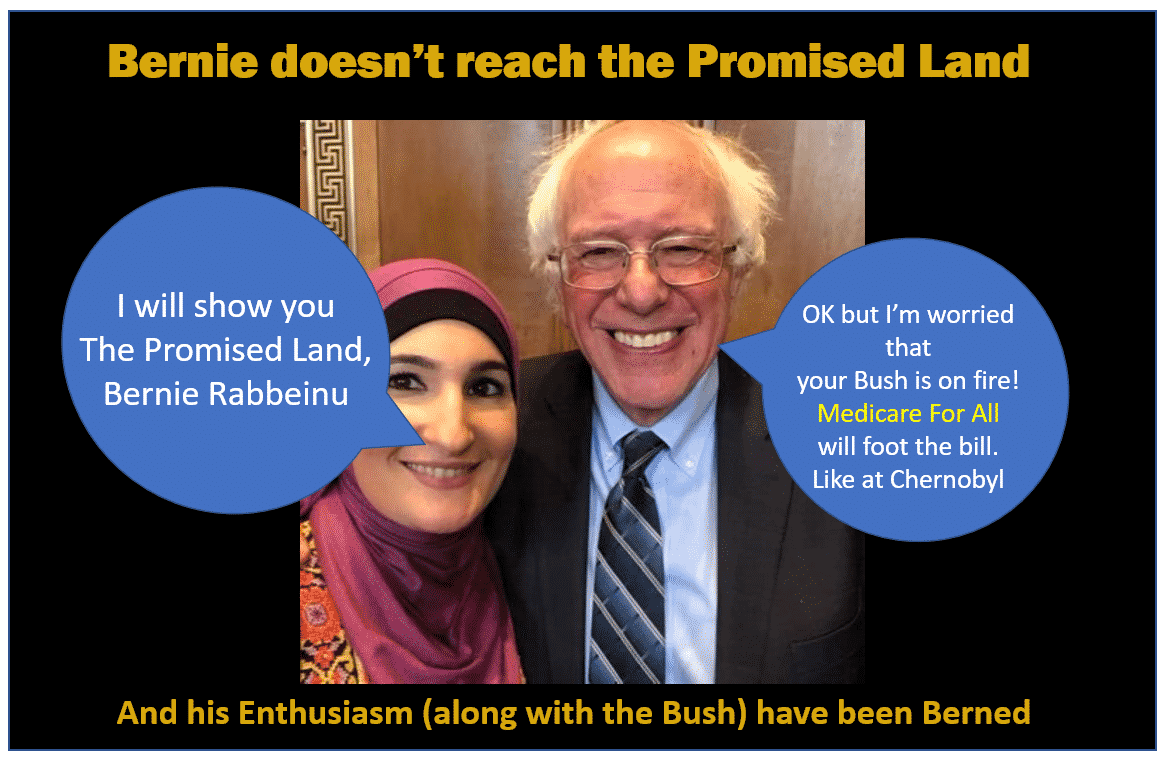 Four more years of Pharaoh in the White House, forty more years in the desert.  And a burned bush that has berned their enthusiasm.