Under a Facebook post by protester Alethea Shapiro, in which she shared a link to this story castigating Alyssa Milano for a supposed #metoo double standard, Women’s March co-chairs Linda Sarsour and Tamika Mallory unleash (hat tip: Boaz): 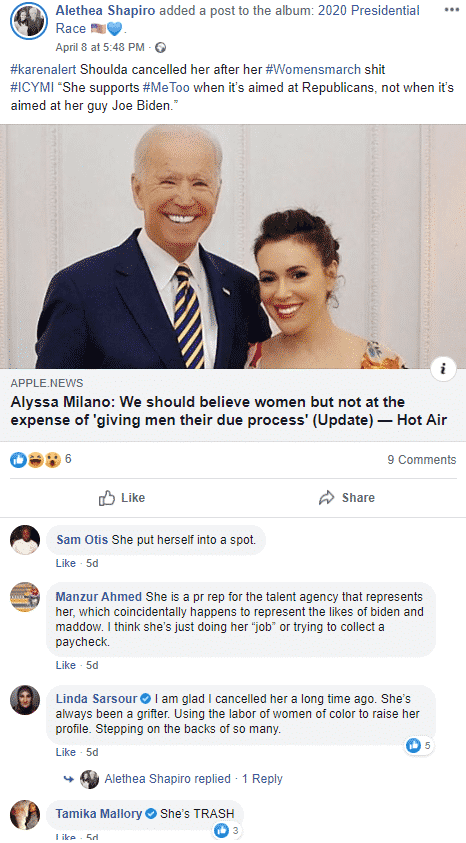 Sarsour never cancelled Milano; it was actually the opposite.

Actress and activist Alyssa Milano said she won’t speak at the next Women’s March if it is organized by two current leaders who will not condemn anti-Semite Louis Farrakhan.

In an interview with the Advocate published last week, Milano criticized Tamika Mallory and Linda Sarsour for not distancing themselves from the Nation of Islam leader, who has repeatedly made anti-Semitic, homophobic and transphobic comments.

“Any time that there is any bigotry or anti-Semitism in that respect, it needs to be called out and addressed. I’m disappointed in the leadership of the Women’s March that they haven’t done it adequately,” Milano said.

Earlier this year, Mallory was criticized for not speaking out after she attended an event during which Farrakhan said “The powerful Jews are my enemy.”

“I will not sit back while a strong, bold, unapologetic, committed Black woman who risks her life every day to speak truth to power and organize and mobilize movements is questioned, berated and abused,” Sarsour wrote on Facebook. “I stand with Tamika Mallory every day, with every fiber of my being because she has so much of what we need in the movement right now to win.

In the Advocate interview, Milano said that she would not feel comfortable speaking at the March.

“I would say no at this point,” she said. “Unfortunate that none of them have come forward against him at this point. Or even given a really good reason why to support them.”

Of course Sarsour and Mallory could never bring themselves to condemn Farrakhan’s antisemitism. In fact, Sarsour just posted a tribute to one of Farrakhan’s sidekicks who passed away. 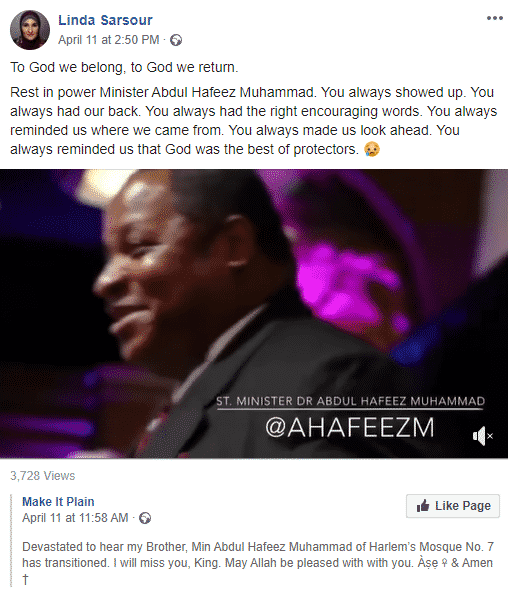 No doubt these Farrakhan fan-girls got bent out of shape after Alyssa Milano did the right thing and dissociated herself from their antisemitism.