Israel-haters on social media are disseminating a story about the death of 4-year-old palestinian Arab Rafif Mohammed Karin, who they claim was shot in the head by Israel (hat tip: Michal). 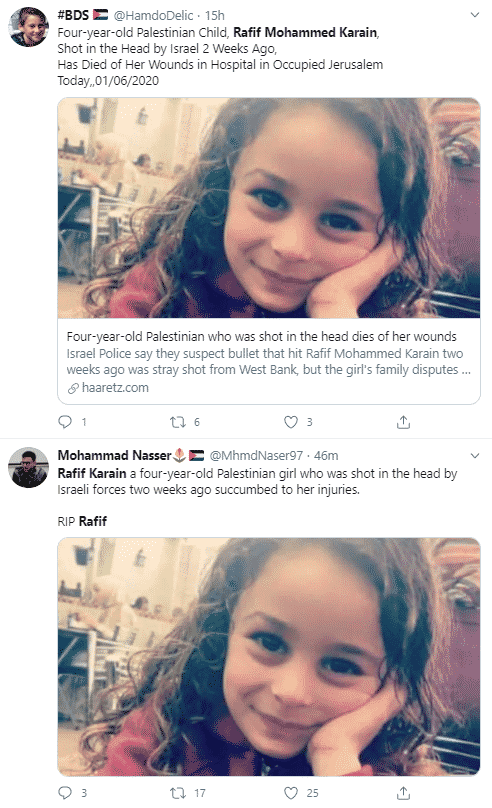 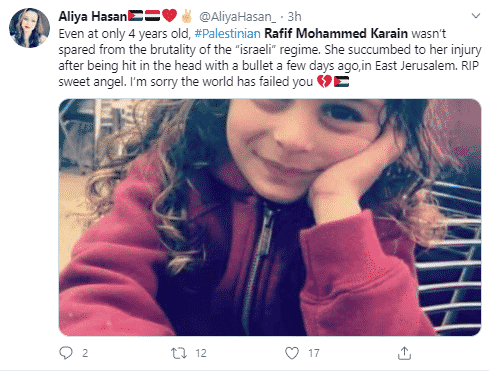 And it’s not just the haters. At least one news site reports that she was shot in the head by an Israeli sniper.

She was almost certainly killed by one of her own.

Police told the family that the bullet was apparently fired from the area of Anata, a town across the security barrier and inside Palestinian Authority territory, Abu Riyaleh said.

Local sources in Issawiya cast doubt on the police version as the family lives in the middle of the neighborhood and not near the security barrier, Haaretz reported. Palestinian sources said that Qara’een’s father had previously become involved in a family dispute that forced the family to move to Issawiya a year ago.

This is affirmed by other new sites as well.

Even the anti-Israel Ma’an News and Ha’aretz do not blame Israel…but try telling that to many Ha’aretz commenters. 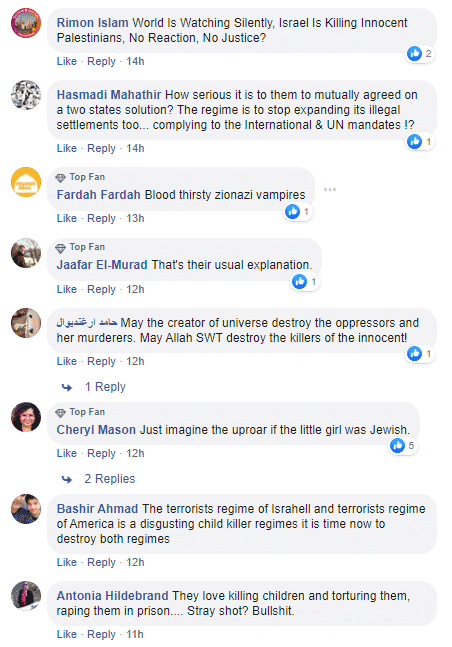