Following the murder of George Floyd, the Palestine Museum tweeted this out: 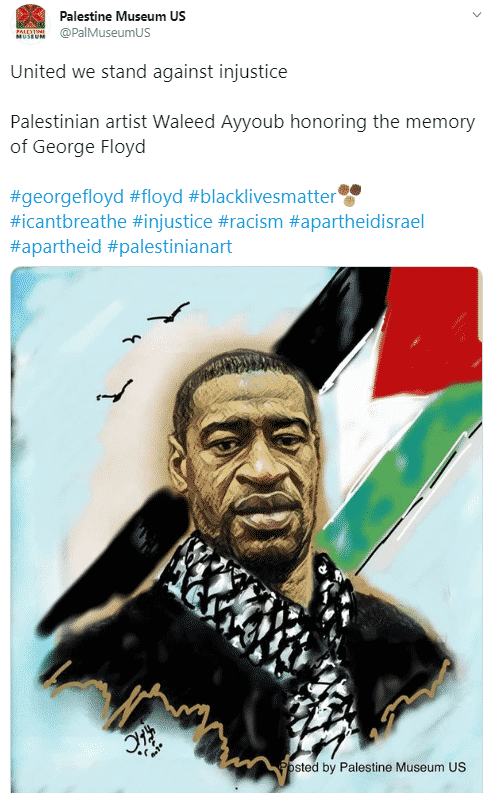 At first, I thought this had no business being in the Palestine Museum. But then I realized the museum is, after all, celebrating “palestinian cultural and artistic achievements.” Isn’t appropriating non-palestinian Arabs as their own (Jesus, I’m looking at you) one of these achievements?

Although if the museum really wanted to honor their connection to George Floyd, I can’t help but think a painting of Mahmoud Abumayyaleh, the palestinian shopkeeper who had the police called on him, would be more appropriate.

Update: Some are claiming it has been painted on the security barrier. 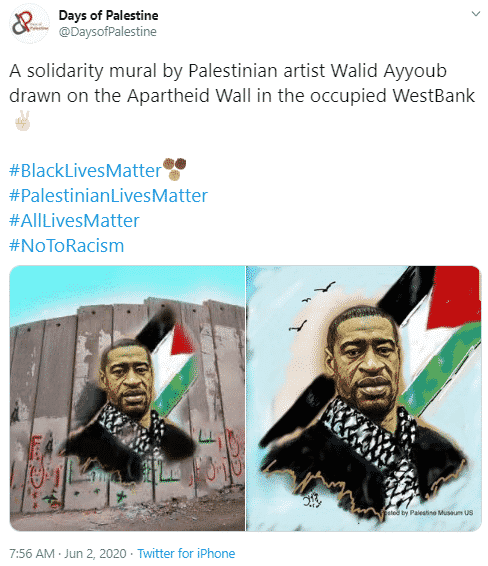 Looks photoshopped on to me.