Israel-Hater Tries To Discredit Me; Does It All Wrong

In an email thread on the death of Razan Najjar, an Israel advocate pointed to this post of  mine raising questions about the palestinian version of events. 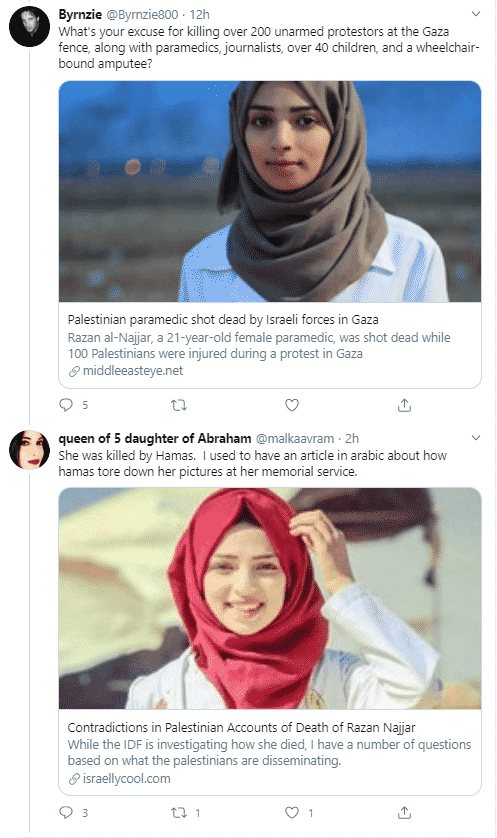 An Israel-hater on Twitter – who seems to feel very threatened by my posts – suggested I do not know what I am talking about, pointing to this report that the IDF shot her unintentionally. 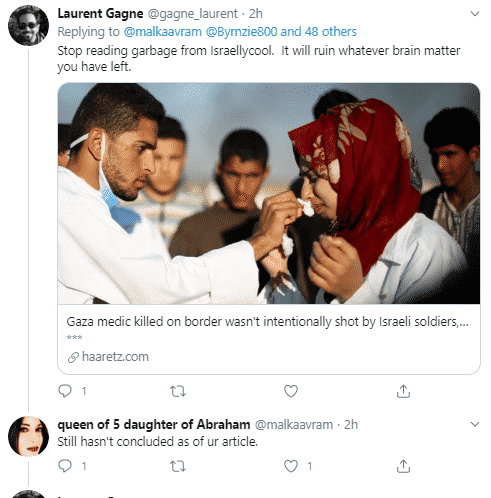 Which is exactly what I posted about following my earlier post, which merely poked holes in the palestinian version that we deliberately killed her.

Having supposedly shown I post “garbage” by linking to a report actually proving my point, the genius proceeded to try “utterly discredit” me…by posting this 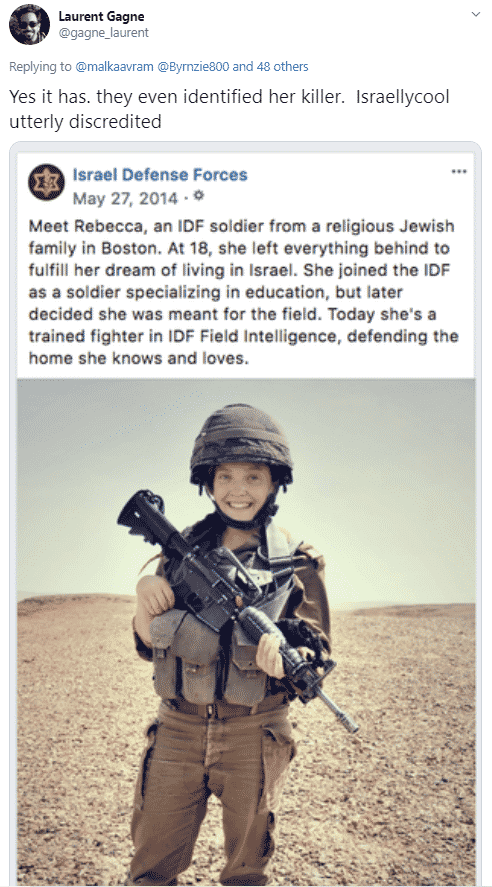 Of course, this was proven to be false as I posted at the time.

This exchange was the intellectual equivalent of bringing a knife to a gunfight. And talk about not being the sharpest knife.