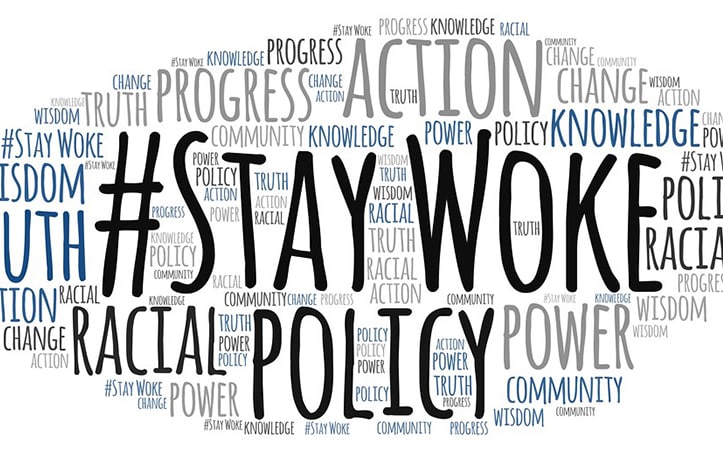 Are you offended yet?

Well, if you are lit…and if you are truly woke, then you certainly would be…

Instead of saying mankind, you need to learn to say humanity.

The truth of the matter we are living in a time that the number of things that people – men and women – can be offended by is exponentially growing.

Humans, (that word refers not just to male part of the species but also the female ones…maybe I should just people, as to no offend anything…wow, this is exhausting…) ….as I was saying

Humans are not meant to be perfect…we are, after all, only huMan. We are born, live few years and die. In-between those two points, we learn, make mistakes, and try to learn from those mistakes. Most of us, I’d like to believe, are truly really very good in our core. We care about our fellow Men and Women and everything in between and simply want to live the lives that we have, no matter how mundane or exciting they may be.

But it seems to me that lately, more and more humans are being punished for being, well, human. Humans tend to make mistakes, and humans by nature are not perfect. But as I look around, I realize that there is very little room left for mistakes. There is very little space for one to speak their mind, unless of course, they are woke and believe in the same ideology the limited few have determined is the right way to think, believe and even vote.

Lately it seems that everyone is trying to outdo the next human, on how offended they are by what’s happening in the world. That the world has disturbed their serenity, their peace their environment and the lists goes on and on…people are offended by statues, buildings, religions…even if those buildings have opened their doors to countless worshipers and G-d fearing people and those statues represent great men who did the best that they could for the times that they were living under…

The saintliness of the progressives has created a sense they know best and everyone, even those who lived in the past, should be judged by the standards of today. The latest company to be a target of the woke ideology is Trader Joe’s and the ethnic names that it gives to the high-quality products it offers consumers. A teenager gathered over 1,300 signatures to persuade Trader Joe’s to changes not only it’s welcoming name, but the fun, quirky names that it has given many of its products. And the truly amazing thing is that the company, so desperate to want to please, is reevaluating a household name that is synonymous with quality food, excellent services and the most welcoming environment.

George Washington the first president of the United States, was a slave owner and tobacco farmer…both of those are bad, slavery is a terrible part of the history of almost every nation in the world. And tobacco…well, I think we all know about the terrible health risks of smoking…

If we follow the progressive, woke standards, surely the nation’s capital should change its name…next would come The Washing Post, Washington Square Park, Washington the capital and Washington the state, and oh, don’t forget about George Washington University…as well as the countless other schools, streets and towns named after one of the greatest founding fathers of our country… By the progressive logic, we should erase the soul of Americana, in order to feed the uneducated minds of today.

Should we erase all of history, because our quickly-offended progressives, our woke society, is suddenly holding George Washington of 200 years ago, to the standards of today? Should we not judge history to how a person or society was in comparison to their contemporaries, not how they would fair up with the modern man? Oskar Schindler was a member of the Nazi party, but he also risked his life and business to save 1,200 Jews during the Holocaust.

There is another aspect to the woke mentality that has a duality to it which one might find quite hard to comprehend. Recently a necklace in the shape of a swastika was being sold on a major online retailer. Many young people explained it as a symbol of peace, and not something to be offended by, and urged the rest of us to read about the history of the swastika. But their silence was deafening when Twitter deemed the star of David a symbol of hate and closed many accounts that had the star in their handle.

It seems to me that the woke ideology is a universal solvent that destroys everything that it touches. The moment that it invades a system or institution it corrodes and dissolves its mission, values, history and commitments. And it starts by targeting the best and the brightest first.

Just a simple question for you to wonder about, as you contemplate becoming more woke and enlightened…think about huManity, and whether you or a loved is offended by that word…and then you know if you truly woke…

Praying for some common sense.