Now the sequel – Borat Subsequent Movie Film: Delivery of Prodigious Bribe to American Regime for Make Benefit Once Glorious Nation of Kazakhstan – has come out, and once again Sacha Baron Cohen manages to expose the absurdity of antisemitism, and other forms of bigotry in the way only he knows how.

In one scene, Borat buys a chocolate cake and asks the woman behind the counter to write on top, “Jews will not replace us” in icing — with a smiley face. 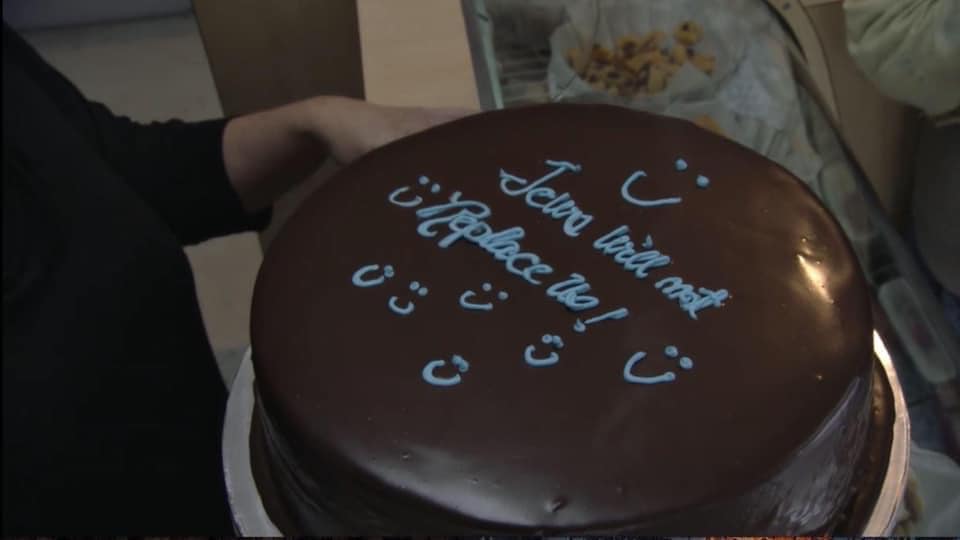 The bakery in question is Spartan Bakery in Spartanburg, South Carolina, and they are now in damage control, posting the following apology on Facebook 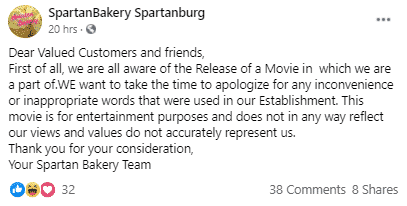 The fact “this movie is for entertainment purposes” is entirely irrelevant, given they were pranked and were not in on the joke. Plus note the vagueness of this “apology.”

When all is said and done, they were more than willing to produce an antisemitic message on one of their cakes.

Please take this into account if you ever consider giving them any of your business.