Palestinian Fauxtography of the Day: The Food Giver 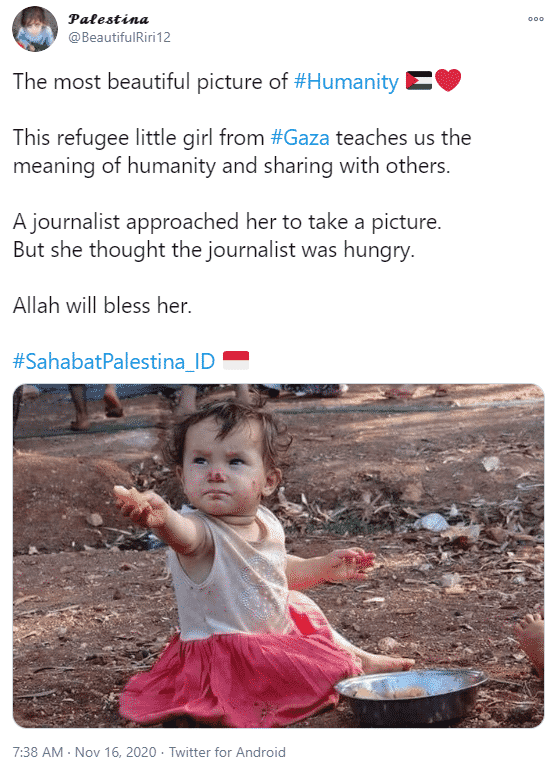 Except it most likely is not from Gaza.

A reverse image search, although not conclusive, does show that this photo and almost identical caption have been used for years in connection with Syria. 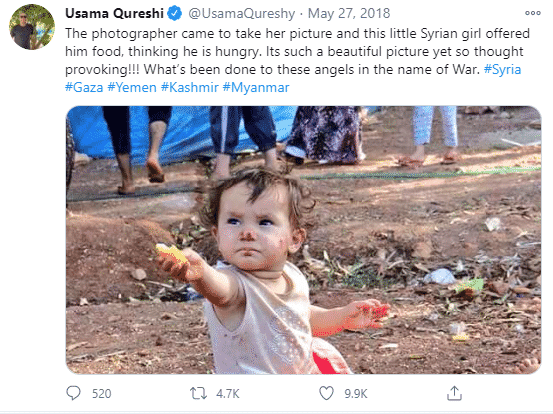 Clearly, the anti-Israel Twitter user found the photo and caption, and then deliberately tried to pass her off as being from Gaza, despite the complete lack of evidence that she is.

Because fooling people in to believing the palestinian narrative is like taking food from a baby.