Journalist Sharmine Narwani Calls for The Murder of Israelis

Sharmine Narwani is a so-called journalist who works for the likes of RT and The American Conservative.

Following the death of a palestinian boy today, allegedly after being shot by the IDF, Narwani tweeted the following

The words “never too late” leave no doubt that this is a call for palestinians to murder Israelis.

Then again, this is the same person who would loved to have seen more Jews perish in the Holocaust rather than reach then Palestine 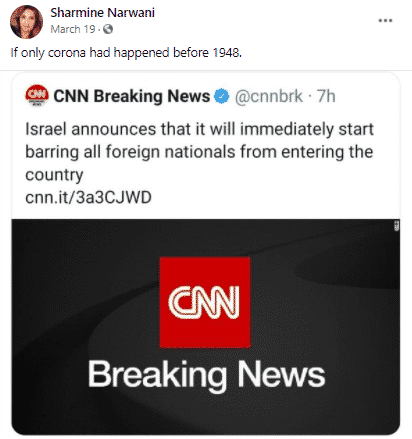 and would love those of us in Israel to be exterminated 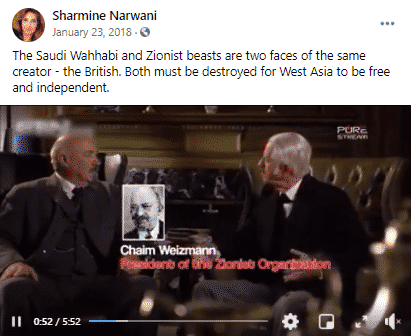 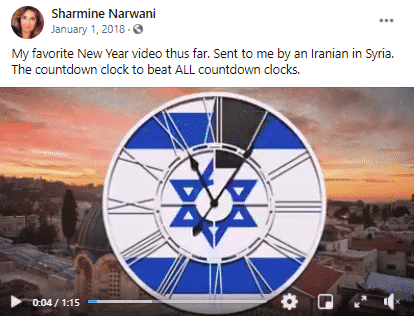 Remember, this is someone who as recently as this year was invited to appear on BBC radio 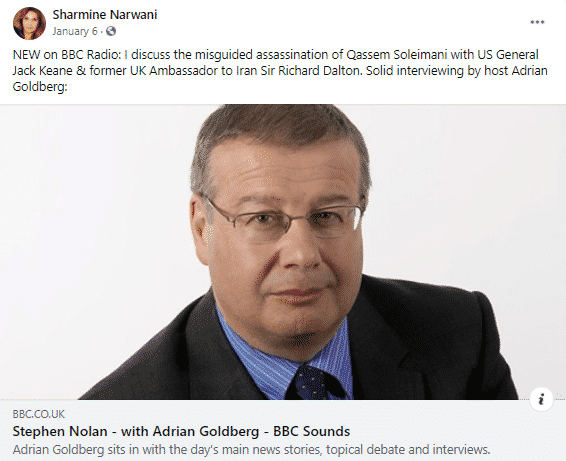 Please join me in reporting her tweet as incitement to murder. Besides having it deleted, I think she should lose the blue checkmark at the very least – if they don’t fully remove her account.