Imagine for a second that you are working at the Sydney Opera House. It’s July 2020 and you have discovered that the Opera House owns a video recording from 2017. It features a presentation by activist Tamika Mallory. You are thinking about putting the video on your YouTube channel and promoting it.

What do you do before promoting the video?

If you guessed Option ‘3’, give yourself a point

If the Sydney Opera House had done a background check on Tamika Mallory, they would have discovered something rotten. Mallory’s antisemitism and support for Louis Farrakhan became public knowledge back in late 2018. It was well documented by Israellycool, Tablet Magazine and other media outlets. It even mentions the controversy on Tamika Mallory’s Wikipedia page. But it doesn’t look like the Sydney Opera House bothered to check on any of this. 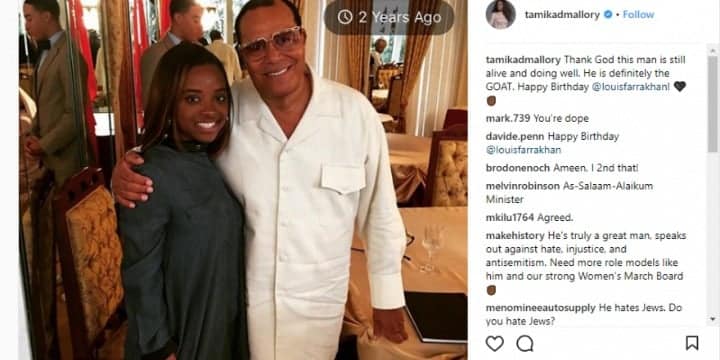 What’s more, the Sydney Opera House have been using their funds to actively promote the video and raise Mallory’s profile in Australia. There’s even an advert for the video from July this year in TimeOut Magazine, a fairly well known publication here in Australia. The advert promotes Mallory as ‘legendary’ and an ‘inspired leader’.

But what do I know? Maybe the Sydney Opera House did do a background check on Tamika Mallory and just didn’t care that she was an antisemite. After all, they didn’t care about it when I emailed them to complain.

One month ago, when I first discovered that the Sydney Opera House was promoting Tamika Mallory, I emailed them a formal complaint. They acknowledged receipt of my email and since then no one has bothered to reply to me. Nor have they returned the two follow up calls I made. The video is still there and has gained almost 2,000 new views since I complained.